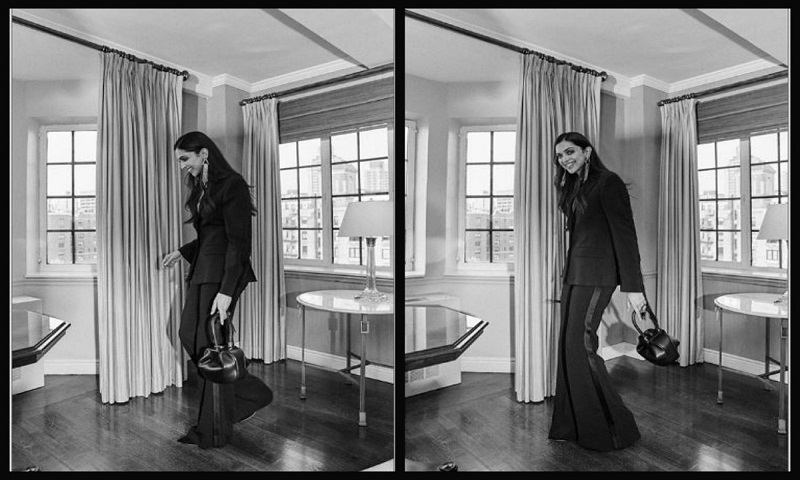 As much as Priyanka Chopra’s presence and acceptance as a global icon increased over the years, Bollywood actor Deepika Padukone has also carved a niche for herself in the global film business.

Despite being in the limelight in a country that still associates with keeping mental health issues under the carpet, Deepika has never shied away from talking about her clinical depression, anxiety- related issues in the public domain. Many actors have followed her lead and the former has time and again championed the cause of taking issues around mental illness seriously in a society like ours.

In a recent research and outreach program with The Youth Anxiety Centre in New York, the actor appeared as a guest and shared her part of the story.

In a post on her Instagram handle she wrote, “Apart from research and outreach programmes, The Youth Anxiety Center has conducted more than 75,000 treatment sessions in six years… something to be very proud of! Thank You #AnnaWintour for inviting me as your guest to this very special evening and allowing me to share my story. I wish you all the very best and look forward to supporting the centres future initiatives. As the African proverb goes, “If you want to go fast go alone, if you want to go far, go together.”

Talking about the same, the actress shared, “300 Million people in the world suffer from anxiety and depression. Where I think the key to know is that depression and anxiety can creep up on absolutely anybody, from any profession, from any gender, from any part of the world. The toughest part for me was the months was in the months when I didn’t know it was happening. The day I understood and there was a name to it and it was called clinical depression, I already started feeling much better. If there is anything that I have learned in the journey of recovery, you need to be patient and that there is hope. Superman once said, ‘Once you choose hope, anything is possible’.”

The global icon received a lot of love and respect from her fans following the post.

Padukone was recently nominated as the most trusted personality in the female actor category according to the TRA (Trust Research Advisory) list.

She also attended the MET Gala and Cannes and was appreciated for her fashion statement at both the events.

On the work front, Deepika will be next seen in Meghna Gulzar’s Chhapaak, which is based on the life of acid attack survivor – Laxmi Agarwal.

The movie also stars Vikrant Massey in a key role and is slated to release on 10th January, 2020.