3 killed in separate ‘gunfights’ in 3 districts 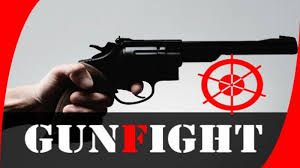 Three people—including two suspected criminals and a drug peddler—have been killed in separate "gunfights" in Dhaka, Cumilla and Narayanganj.

In Dhaka, a suspected criminal was killed in an alleged gunfight with Rapid Action Battalion (RAB) at Basila Garden City in the capital’s Mohammadpur area on early Thursday.

The deceased was identified as Tanvir Ahmed Anik, 36. Rab said he was the ringleader of notorious criminal gang ‘Seven Star group’.

A Rab-2 team raided Basila around 2:45am after being tipped off about the presence of a gang of criminals there, said Major Mohammad Ali of Rab-2.

The criminals opened fire as soon as the Rab team reached the area, triggering a gunfight, he said.

Tanvir was killed in the skirmish, the Rab officer said, adding that two members of the elite force were also injured.

A revolver, a shutter gun, five bullets and two sharp weapons were recovered from the spot.

In Cumilla, a suspected drug dealer was killed in a reported gunfight with police at Rajapara South Choumohoni intersection in the city early Thursday.

The deceased was identified as Tofayel, 23, son Roman alias Sabuj of South Charta area in the city. Police said he was wanted in six cases.

Tipped off, a team of police raided the area around 3am, said Mamunur Rashid, officer-in-charge of Sadar Dakkhin Police Station.

Tofayel and his associates opened fire when police approached the area, triggering a skirmish.

Tofayel sustained gunshot wounds during the ‘gunfight’. The law enforcers rescued him and taken to Comilla Medical College Hospital where doctors declared him dead.

One Light Gun, a sharp weapon and four Yaba pills were recovered from the spot.

Four policemen were also injured in the incident, police claimed.

In Narayanganj, a suspected criminal was killed in a “gunfight” with detectives at Dapa Balur Math in Fatulla around 3:00am on Thursday.

The deceased was identified as Lipu alias Boma Lipu, 25, an accused in at least 16 cases.

A shooter gun and a bullet were recovered from the spot.

Police had earlier declared Tk 10,000 bounty for information leading to his arrest.