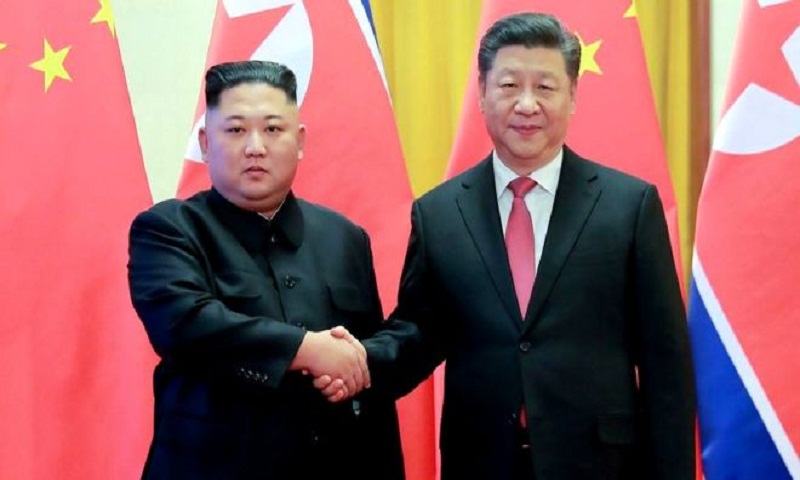 China's President Xi Jinping is heading to North Korea for a meeting with Kim Jong-un, in the first Chinese state visit to the North since 2005.

The two, who have met in China four times, are expected to discuss the stalled talks over the North's nuclear programme as well as economic issues.

China is hugely important to North Korea, as its main trading partner.

Mr Xi's visit comes a week before the G20 summit in Japan, where he is set to meet US President Donald Trump.

It will also be his first meeting with Mr Kim since the Trump-Kim meeting in Hanoi in February ended without any agreement on North Korean denuclearisation.

Why is the visit happening now?

Mr Xi's two-day visit will be the first by any Chinese leader to North Korea in 14 years and Mr Xi's first since taking power in 2012.

It is being seen as a boost for Mr Kim, who has been struggling to maintain momentum after a flurry of diplomatic activity over the past year.

The two leaders will inevitably discuss the stalled nuclear negotiations and the collapse of the Hanoi summit.