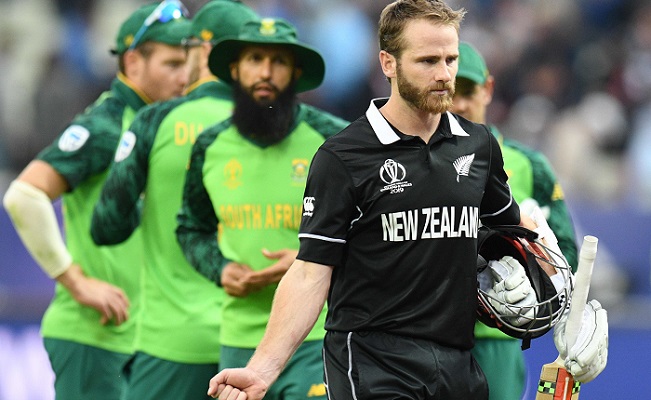 New Zealand beat South Africa by four wickets in a tense World Cup pool match at Edgbaston on Wednesday that all but ended the Proteas' semi-final hopes.

New Zealand captain Kane Williamson's superbly paced 106 not out saw the Black Caps to a target of 242 with just three balls to spare in a match reduced by rain to 49 overs per side.

With his side needing seven to win, Williamson hit a six off Andile Phehlukwayo that both levelled the scores with four balls left and also saw him to a century.

Victory saw New Zealand, who had been 80-4, return to the top of the table as they remained unbeaten at this World Cup.

But South Africa's fourth defeat in six matches left them languishing in the bottom half of the 10-team round-robin table.