Salt farmers to get ID cards 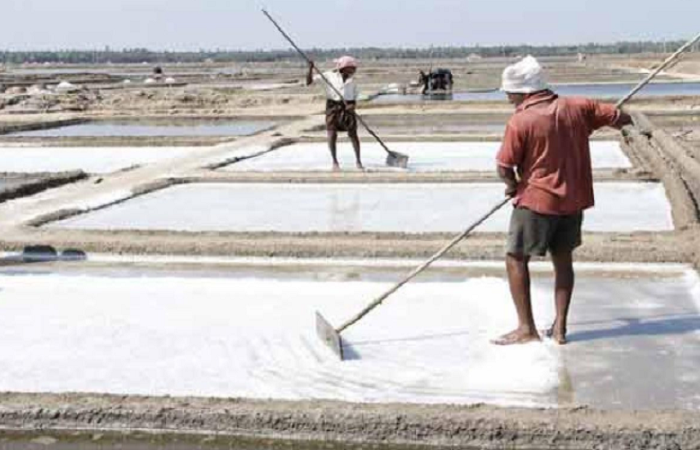 Industries Minister Nurul Majid Mahmud Humayun today told the Jatiya Sangsad that government would distribute ID cards among salt farmers so that they can get financial and technical support in salt production.

“Salt framers have been imparting training by setting up a training centre in Cox’s Bazar and credits have been distributing among them for the development and protection of the country’s salt industry,” he said while replying a tabled question placed by ruling party lawmaker M Abdul Latif (Chattogram-11).

Humayun said a list of 27,528 salt famers has already been prepared and they will get ID cards of Bangladesh Small and Cottage Industries Corporation (BSCIC).

Measures will be taken, on priority basis, to provide technical and financial support to the card holders in salt production, he said.

The industries minister said BSCIC has planned to introduce a new division, led by a director, for the development of salt industries and protection of salt farmers.

He said BSCIC has already taken a project to produce standard salt using modern technology and it is now producing quality salt on experimental basis.