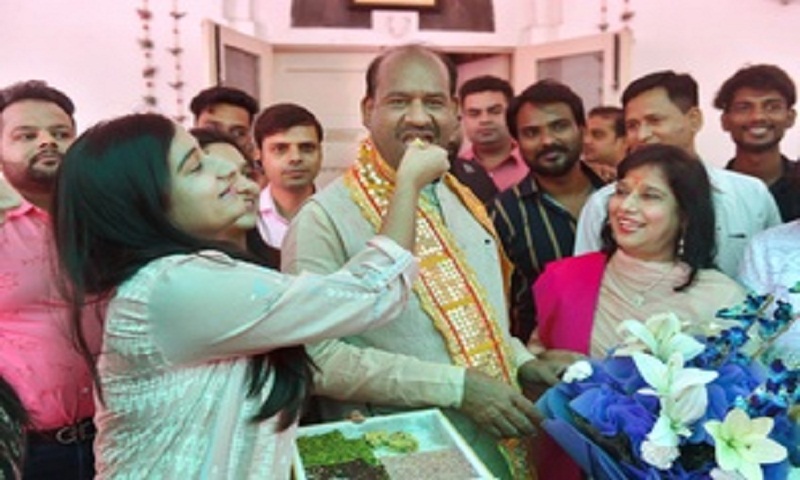 Rajasthan MP Om Birla was on Wednesday chosen as speaker of the Lok Sabha.

The motion to choose Birla as the speaker was moved by Prime Minister Narendra Modi, who is also Leader of the House, and passed by a voice vote "That Shri Om Birla, a member of the is House, be chosen as the Speaker of the this House," read the motion.

The motion was seconded by Defence Minister Rajnath Singh.

A similar motion was moved by Home Minister and BJP president Amit Shah, which was supported by Union minister Nitin Gadkari

The Congress and the DMK had moved notices for a similar motion. But the notices were issued after 12 noon Tuesday, the deadline

As a special case, pro-tem Speaker Virendra Kumar allowed the motions to be moved

Birla, who won his first Lok Sabha election in 2014, was again elected this year from Rajasthan's Kota-Bundi seat, reports PTI.