Can Tamim Iqbal again be successful against Australia? 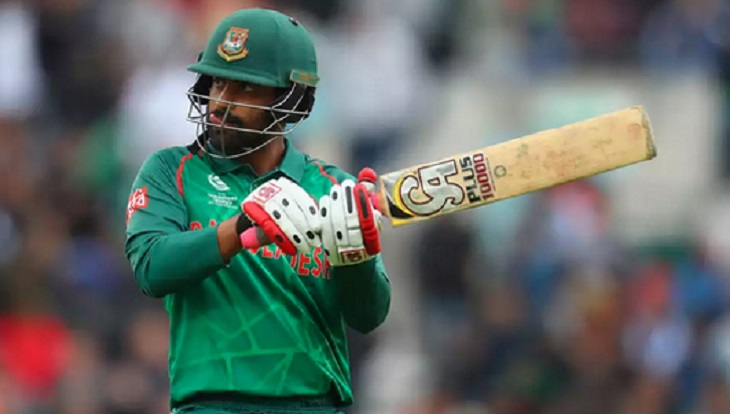 Last time when Bangladesh faced off Australia in ICC Champions Trophy in 2017 in England at The Oval, opener Tamim Iqbal waged a lone battle against a mighty Aussie bowling attack to make his presence felt.

He missed out the well-deserved ton being out on 114 ball-95 but he in fact was the only silver lining in an otherwise a pretty listless batting line up which crumbed under just slight pressure in a pitch that possessed no demon.

Before that match, Australia’s then skipper Steve Smith earmarked Tamim Iqbal as the most threatening object for them and the dashing opener preciously proved it right.

However when Tamim again is ready to face off Australia, he is not the Tamim of that ICC Champions Trophy as he has been going through a poor run of form since the start of this World Cup.

But he raises the prospect of getting back to the form after his well composed 53 ball-48 against West Indies, a match in which Shakib Al Hasan hogged all the limelight for his sensational century. But few noticed that how Tamim kept the runs flowing when West Indies bowlers bowled markedly well.

And he could have made it bigger if he was not run-out by an excellent throw of Sheldon Cotrell.

It may go unnoticed but the innings can be a confidence booster for him ahead of the clash against Australia. So can Tamim deliver like ICC Champions Trophy?

Before his 48 against West Indies, In the first three matches, Tamim had scores of 16, 24 and 19 against South Africa, New Zealand and England respectively – showing that he is getting himself off to a start, but not capitalizing on that.

Tamim spent much time in the crease, playing 29 deliveries against England and South Africa and 38 balls against the Kiwis but got dismissed afterwards, playing loose shots. Against South Africa he however got out with a good delivery from fast bowler Andile Phehlukwayo.

Tamim generally makes handy scores when he gets set at the middle but on the last three occasions he missed the opportunity to score big, which also kept him worried.

“In the last three matches I started to play what was required in the first five to seven overs but somehow when everything was under control, I gave away my wickets and that was disappointing because usually it does not happen,” said Tamim.

After those three devastating experiences, Tamim practiced a lot in the net even when there was no practice session scheduled for the team. He did practice all by alone and reaped the reward with truly delightful 48 against West Indies that ended with unfortunate run-out.

If the knock is anything to go by, there is possibility that Tamim will get back in his best, which is badly needed as every day it is not possible for Shakib to stand tall.