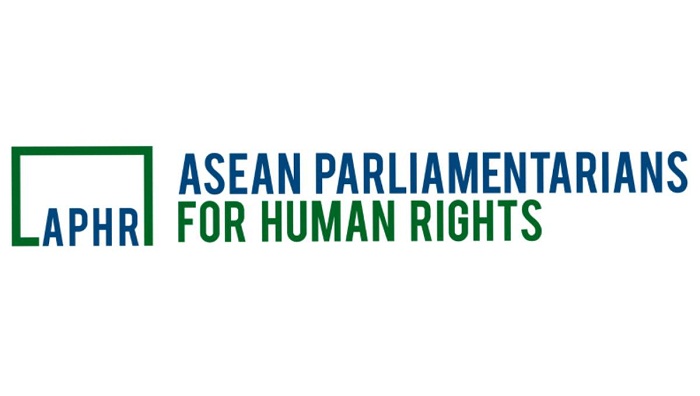 ASEAN Parliamentarians for Human Rights (APHR), the Asian Forum for Human Rights and Development (FORUM-ASIA) and Progressive Voice on Wednesday said the government of Myanmar must ensure that the human rights of the Rohingya community are protected and respected.

The organizations said safe conditions should be in place in Rakhine State before any Rohingyas are repatriated from Bangladesh.

The organizations made the call as Southeast Asian leaders are preparing to meet in Bangkok, Thailand for the 34th ASEAN Summit from June 20-23.

Earlier this month, a leaked copy of a preliminary needs assessment in Rakhine State carried out by an ASEAN body failed to acknowledge Myanmar military atrocities and ongoing human rights abuses against the Rohingya.

“ASEAN needs to stop turning a blind eye to Myanmar’s atrocities against the Rohingya, and cease lending legitimacy to the repatriation process,” said Eva Sundari, Indonesian MP and APHR Board Member.

Sundari said they all know the Rohingya population in Bangladesh and elsewhere will not be returning home voluntarily until the situation on the ground in Rakhine State dramatically alters.

“A huge political shift is needed for things to start moving in the right direction. Not one thing that the Rohingya themselves have identified as prerequisites for their return, and which has been echoed by rights groups and other experts, has been taken on board in any serious way by the Myanmar authorities.”

More than 700,000 Rohingya fled from Myanmar into Bangladesh after the Myanmar military launched a vicious “clearance operation” in August 2017, killing thousands of people and burning villages on the ground.

An UN-mandated fact-finding mission in September 2018 called for the Myanmar military top brass to be investigated and prosecuted for genocide, crimes against humanity and war crimes.

On June 7, a copy of the “ASEAN Preliminary Needs Assessment for Repatriation in Rakhine State” report by the ASEAN Coordinating Centre for Humanitarian Assistance on Disaster Management (AHA Centre) and their Emergency Response and Assessment Team (ASEAN-ERAT) was leaked to the media.

The draft report ignores the root causes of why hundreds of thousands of Rohingya were forced to flee their homes, including the atrocities committed by Myanmar security forces and their proxies as well as the institutionalized discrimination imposed by Myanmar authorities against the minority in Rakhine State for decades. Furthermore, the draft report fails to mention the word “Rohingya”, instead calling the community “Muslims”.

Khin Ohmar, Chair of Progressive Voice Advisory Board said unless concrete steps towards international accountability for the genocide, crimes against humanity and war crimes are taken, ongoing impunity will only embolden the Myanmar military to commit more such atrocities.

“And any returned refugees will be vulnerable to the same violence that caused them to flee in the first place; this will be like sending them back to the killing fields to be re-victimized.”

Clashes between the Myanmar security forces and the Arakan Army ethnic armed organization have displaced at least 30,000 people since the beginning of the year, further underlining the precariousness of the situation in Rakhine State.

As the ASEAN report on the refugee repatriation process is expected to be officially released to the public in the coming weeks, APHR, FORUM-ASIA and Progressive Voice call on ASEAN to ensure that the bloc does not become complicit in the forced or premature repatriation of Rohingya refugees.

ASEAN must also take meaningful steps toward the promotion and protection of the rights of the Rohingya community, including through acknowledging their identity, restoring their full citizenship, and through ensuring their participation in all decisions concerning them.

John Samuel, Executive Director of FORUM-ASIA said ASEAN has so far remained shamefully silent in the face of the serious human rights violations taking place in one of its Member States.

“With the second anniversary of the Myanmar military’s latest ‘clearance operation’ approaching, continued inaction by ASEAN will send a dangerous signal that the bloc is indifferent to the plight of the Rohingya and that human rights violations can be carried out with impunity.”