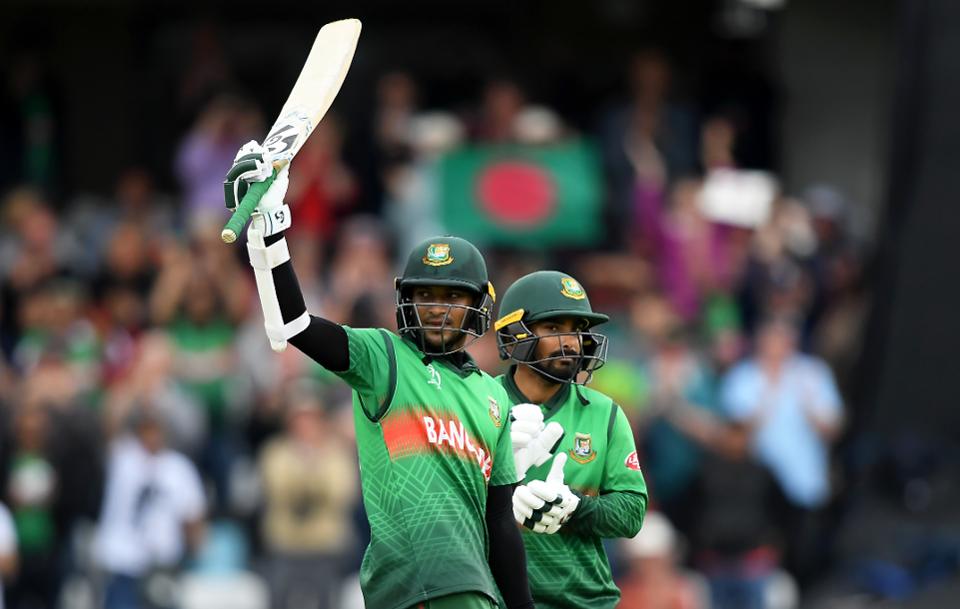 In both batting and bowling, Shakib Al Hasan has been in such red-hot form that, Australia were wary of how to deal with the talismanic all-rounder who kept making record after record in this World Cup.

Shakib so far has been the highest run-getter in this World Cup with 384 runs, hitting two half-centuries and two centuries. His lowest score in this World Cup in last four matches was 64. He has also taken five wickets with his wily left-arm spin.

But what would make Australia in terrifying state that Shakib single-handedly won the match for Bangladesh against South Africa and West Indies.

Knowing Shakib can cause massive damage to his side, Australian Coach Justin Langer tried to devise a plan to stop the ace all-rounder ahead of Thursday’s clash against Bangladesh at Nottingham.

Langer said Australian has some plans up in the sleeve to stop the number one all-rounder in the World.

Shakib Al Hasan is currently the second highest run getter for Bangladesh in ODI cricket by becoming the second Bangladeshi batsman after Tamim Iqbal to reach the milestone of 6000 runs.

Shakib Al Hasan is also the member of elite all-rounder’s who has scored over 5000 runs in ODI runs and 250 ODI wickets. Australian coach Langer praised him by saying he is the best all-rounder in the World Cup and they have planned accordingly to contain him.

“We have got our plans against him [Shakib] but he is playing well. I think he is the No.1 all-rounder in the world, that is no surprise, he is a very good cricketer,” Langer added.

While Langer has plan to stop him making runs, they also brought up left-arm spinner Ashton Agar to take preparation to deal with Shakib’s bowling. This is the evidence how serious they are ahead of their clash against Bangladesh.

Shakib Al Hasan is also ready for the Aussie challenge on June 20. He believes that Bangladesh have faced enough pace bowlers in this World Cup and they are not intimidated by anyone else. “We’ve been facing some of the best fast bowlers in the last four matches. Every match – every team’s got, I think, at least two bowlers who bowl 140[km/h]-plus. And we’ve been coping well,” Shakib said.

“We’re not worried about that because we played England. We played West Indies. Both the teams got 140, 150-plus bowlers. I think faced with all this, we just need to do our basics right. I think we’re a skilled team and we are capable enough to counter those challenges.” Shakib added.