Hrithik Roshan’s sister says she supports Kangana Ranaut all through 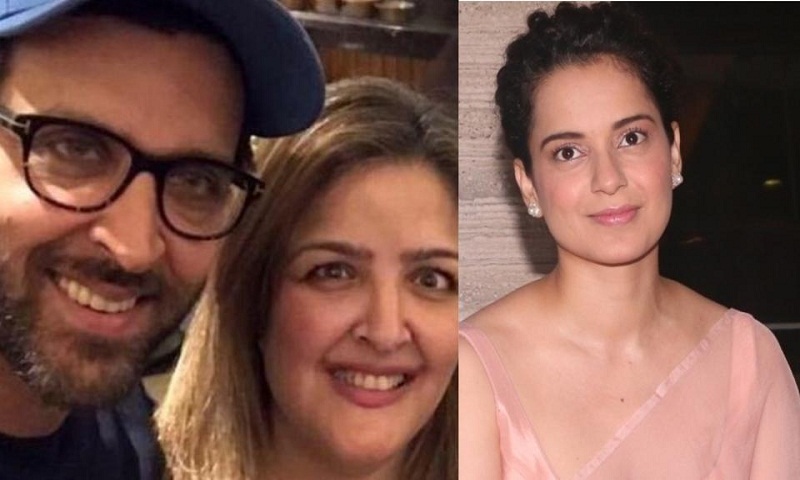 In a new twist to the much-publicised and ugly fight between Bollywood actors Kangana Ranaut and Hrithik Roshan, the latter’s sister Sunaina Roshan has now extended support to the Manikarnika star. She took to Twitter to announce that she supports Kangana, without getting into details.

“I support Kangana all through,” Sunaina tweeted Tuesday night. She also wrote, “And living in hell continues ....gosh I’m tired.”

According to reports, Sunaina has been suffering from bipolar disorder and getting treated for the same. Sunaina had, however, clarified in an interview to Pinkvilla that she is not bipolar — contrary to reports – but admitted that she had been to a rehab for alcohol abuse.Talking about her experience, she also dropped hints that all may not be well between her family and her. “Yes, there are certain issues, but please don’t ask me to talk about this more as it’s about my family and I don’t want them to be affected further. All I can say is that I have been staying in a rented hotel apartment for the past 17-18 days before I came back home to stay in the same building as my parents. While I am staying in their home, I have a separate entrance and a separate floor on which I live. It’s sad but they are not even supporting me,” Sunaina had said in an interview, reports HT.

After her comments, Kangana’s sister Rangoli had tweeted claiming Sunaina has been in touch with both the sisters and had called to apologise for not supporting them during the face-off with Hrithik. Rangoli had written, “Everyone isn’t nice to their siblings, Hrithik Roshan’s sister Sunaina Roshan has been calling and messaging Kangana and me only to apologise that she didn’t stand up for her when Hrithik framed her as they were friends.”