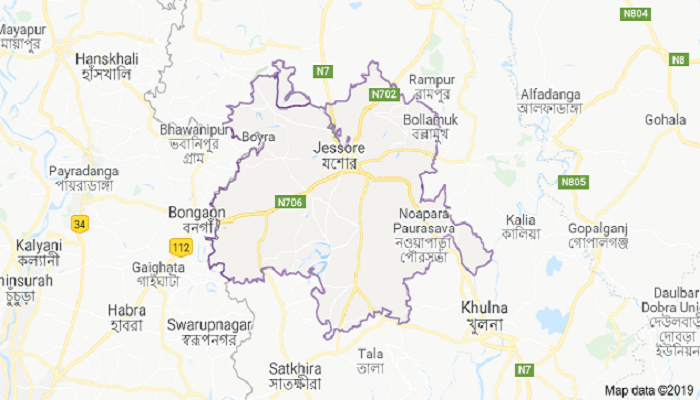 A young man was beaten to death and another injured by an angry mob after one of them reportedly hurled a bomb on a young man at Shankarpur Bus Terminal in the district town on Tuesday night.

The deceased was identified as Sunny Hossain, 25, son of Mashiur Rahman, while the injured as Ananda, 24, son of Ashok of Shankarpur area.

Quoting locals, police said Sunny and Nayan Hossain, son of Faruk Mia, had been at loggerheads over toll collection from the bus terminal.

On Tuesday night, a group of young men, led by Sunny and Ananda, swooped on Nayan and hurled a bomb at him at the bus terminal around 8 pm, leaving him injured, said Apurba Hasan, officer-in-charge of Kotwali Police Station.

Agitated, locals caught Sunny and Ananda and gave them a good beating, leaving them injured.

Later, they were taken to local hospital where doctors declared Sunny dead.