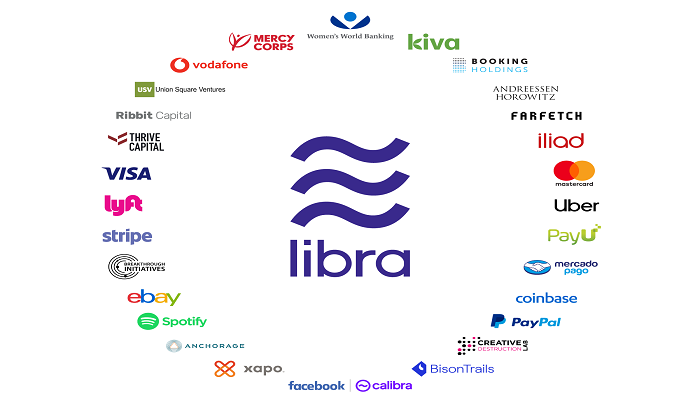 Facebook revealed its long-awaited cryptocurrency plans Tuesday, announcing “Project Libra,” a new type of digital money designed for the billions of people using its apps and social network. If the plan is successful, users will soon be able to shop with and send the currency—known as Libra—on Messenger and Instagram, as well as use it with a wide variety of other merchants like Uber, Spotify, and MasterCard.

Facebook did not provide specifics about exactly when and how consumers will get ahold of the currency, but executives suggest it will first be distributed on Messenger and WhatsApp in mid-2020.

In addition, the company also announced a new digital wallet called Calibra, which will be operated by Facebook as a separate subsidiary and provide users with a way to store and spend Libra. The digital wallet, which won’t be available to the public for months, will display the value of users’ Libra in their local currency and provide a design similar to popular digital wallet Venmo for transferring money.

Facebook provided an image of Calibra’s design—including a three-wave symbol that serves as the Libra’s equivalent of a dollar sign.

According to David Marcus, a former PayPal executive who is leading Project Libra for Facebook, one of the initiative’s main goals is to reach the 1.7 billion people worldwide who lack access to the banking system.

“It’s an anomaly that the Internet has no protocol for money,” Marcus tells Fortune, adding that Project Libra will also provide more competition in financial services, along with increasing access to capital.

While Facebook has been driving the project, the company is framing its role as one member of a federation of dozens of companies and non-profit organizations that will together manage the currency through a Swiss foundation. Corporate members of the organization, known as the Libra Foundation, will be required to contribute a minimum of $10 million to help the currency gain traction, an effort that will likely see users receive a small amount of Libra to test it out.

Initial members of the foundation are Facebook and 27 other partners, including Visa, MasterCard, PayPal, Coinbase, and venture capital firms like Andreesen Horowitz and Union Square Ventures. Marcus hopes as many as 100 partners will be onboard by the time the currency debuts, by which time the group will have crafted a formal charter that sets out voting rights and other rules.

The Libra blockchain—like other blockchains—will provide a tamper-proof record of transactions on the network. But, unlike Bitcoin and other public blockchains, only authorized bodies—in this case, foundation members—will be allowed to run a node.

In addition, members will also maintain the supply of Libra in response to demand—meaning they will issue new Libra as needed, and destroy the digital currency when people redeem them.

Members are also required to support a reserve fund to keep the value of the currency stable. In order to avoid the notorious volatility of cryptocurrencies like Bitcoin, each unit of Libra will be backed one-to-one in a basket consisting of dollars, pounds, euros, and Swiss francs.

Project Libra’s roll-out comes as Facebook faces unprecedented scrutiny from regulators, and is battling to regain users’ trust after a series of privacy scandals. The currency’s blockchain, which is open source, will be programmed in a new language developed by Facebook called Move. It will not only serve as a transaction record, but provide what one partner describes as an “innovation layer” that invites third parties to build smart contracts and other blockchain-based services.

In launching the currency, Facebook appears to be betting that customers will treat it as a financial service. According to the Libra Association’s head of policy, Dante Disparte, customers in the U.S. will be subject to so-called “know your customer” requirements, meaning they will have to provide detailed personal information to use the service.

This raises the question of why Facebook is leading Project Libra in the first place. Based on conversations with Facebook executives, the company appears to see an opportunity to cut into the remittance market by offering users an easy, low-cost way to transfer funds across borders.

Disparte noted, in particular, that many low-income people already use WhatsApp to photograph receipts as part of a process to collect remittances from local money changers. He says this project could be expedited enormously by building the ability to transfer money—in the form of Libra—directly into WhatsApp.

The new service also provides Facebook with new opportunities for advertising and e-commerce. Notably, the company could display ads on WhatsApp and Instagram and invite people to pay directly for goods and services within the app using Libra. In doing so, Facebook would be able to glean new data about its users’ shopping behaviors—and how to better target them—potentially generating more revenue through advertising.

Such opportunities are fraught, however, given Facebook’s poor reputation with user privacy and has already led skeptics on Twitter to dub the new Libra currency “Panopticoin”—suggesting that it could give Facebook and its partners new ways to track users online.

For its part, Facebook states that its Calibra wallet will be a stand-alone product, and that the company won’t pull in data from its other sites—such as a user’s friends—unless a user gives the company permission to do so. Facebook also points to the Libra Foundation structure to make the case that it’s only one of dozens of entities building the new global currency.

New coin on the block

There’s also the question of whether Facebook—or anyone—can pull off such an ambitious, multi-pronged endeavor to begin with— especially as previous attempts to build consortia in the blockchain field have fallen flat.

The initiative is rife with regulatory land mines, especially if governments regard the new Libra currency as a way to subvert their own financial policies. But Marcus counters that this is not an issue, saying countries regard the spread of cryptocurrencies as inevitable, and that many will welcome Libra as a more efficient way for people to transfer money.

Meanwhile, it’s also unclear how Facebook’s partners might benefit from the project. In the case of global tech firms Uber and Spotify, their executives likely see an opportunity to reduce payment processing costs, and to reach new customers who lack credit cards.

Financial firms may view Project Libra as a new beachhead to challenge banks, while also providing an opportunity to look for new business opportunities. According to Kathryn Haun of Andreessen Horowitz, the business of running a node will not be about grabbing data, but rather about being at the forefront of financial innovation.

Ultimately it’s consumers who will determine whether Facebook’s grand gambit will succeed or fail, with the most important test of Libra likely being convenience. If the currency’s use becomes widespread and proves to be more useful than payment options like credit cards, debit cards, Venmo and Bitcoin, it could transform large parts of the tech and finance industries.

Then again, it could also inspire others—notably Apple or Amazon—to launch cryptocurrency networks of their own.