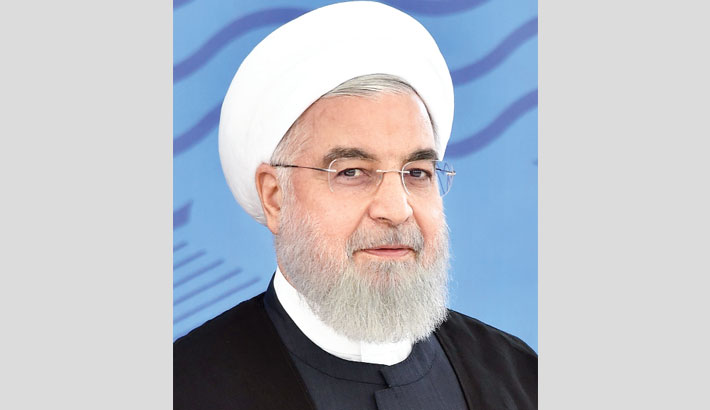 TEHRAN: Iran is not seeking to wage war against any nation, the country’s president said Tuesday while at the same time stressing that Iranians will withstand mounting US pressure and emerge victorious, reports AP.

The remarks by President Hassan Rouhani came as Tehran and Washington are edging toward a flashpoint after Iran announced it was breaking compliance with the nuclear deal with world powers and the Trump administration ordered 1,000 more troops to the Middle East.

“We do not wage war with any nation,” Rouhani said, speaking during the inauguration of a new terminal at Tehran’s Imam Khomeini International Airport that will raise its capacity from 8 million to 13 million passengers a year.

He added that despite the US withdrawal last year from Tehran’s 2015 nuclear deal world powers, Iran had remained “loyal to its commitments, to ... international agreements.”