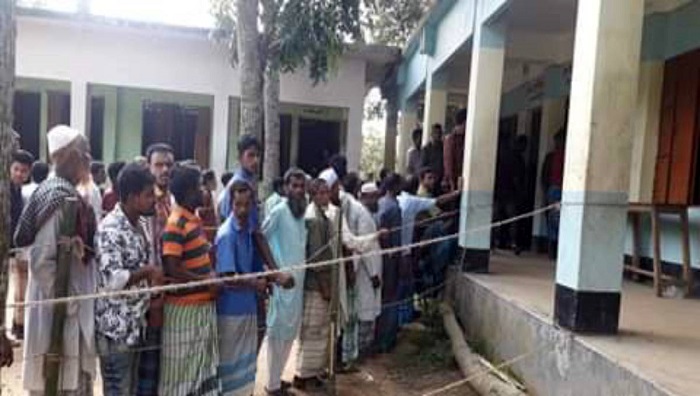 Election Commission (EC) Secretary Md Alamgir claimed that the fifth phase of the upazila parishad election was held in fair and peaceful atmosphere.

He came up with the claim in a post-poll press conference at the Nirbachan Bhaban in the capital’s Sher-e-Bangla Nagar area on Tuesday.

The EC Secretary said that the final phase of the upazila parishad election finished in fair manner ‘except some separate incidents’.

Voting in the fifth and final phase of the upazila parishad election in 23 upazilas in different districts ended on Tuesday afternoon.

The balloting began at 9:00am and continued till 5:00pm without any break.

Alamgir said, “Some wicked persons have tried to crate trouble at 1 to 2 poll centres. But they were not successful.”

A hurried effort is being made to declare the poll result soon, the EC Secretary informed.