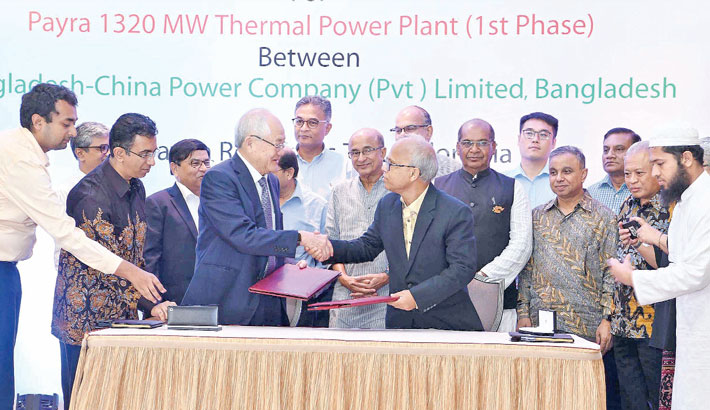 Prime Minister’s Power and Energy Adviser Dr Tawfiq-e-Elahi Chowdhury said every citizen of the country will come under power supply next year.

It said the plant will be operated by imported sub-bituminous coal. Its calorific value is 4700-5500 Kcal. This type of coal is chiefly abundant in Indonesia and Australia. At the initial stage coal will be imported from Indonesia.