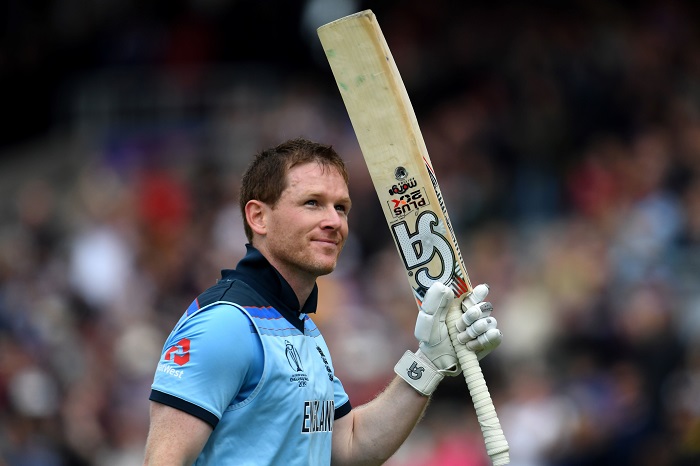 England has finished at 397 in their 5th Cricket World Cup Match against Afghanistan at Old Trafford on Tuesday. So, Afghanistan need 398 to win.

397 is England's highest score in a World Cup match, and they've surely put this beyond Afghanistan who must be a bit shellshocked after that.

England captain Eoin Morgan set a new world record for the most sixes in a one-day international innings, with 17 in his 148 in the match.

Root and Bairstow composed fine fifties while Moeen cracked a quickfire 9-ball 31 to push England to a massive 397.

Eoin Morgan's side beat the previous ODI record of 24 that they set against the West Indies earlier this year.

Morgan hit 17 of the sixes against Afghanistan at Old Trafford, while Moeen Ali smashed four, Jonny Bairstow three and Joe Root one in England's total of 397-6.

Rashid Khan's 110 runs conceded in 9 overs is the worst economy rate in ODI cricket, and the most number of sixes conceded by a bowler. 39% of England's runs came in sixes, with Morgan hitting 68% of them.

Earlier, England captain Eoin Morgan won the toss and decided to bat first against Afghanistan after being passed fit to play in the World Cup pool match.