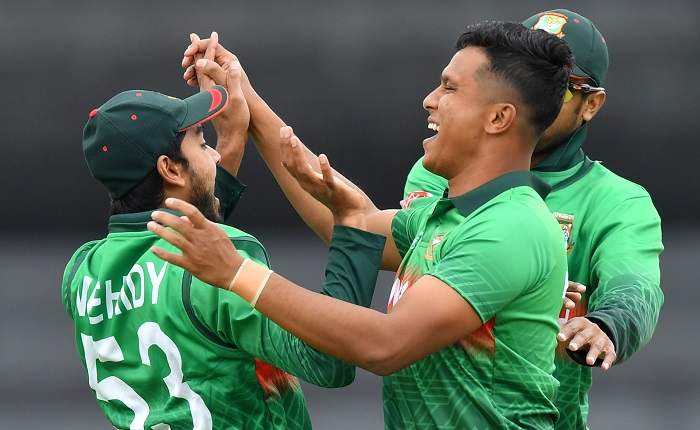 Mohammad Saifuddin, Bangladeshi right-arm medium-fast bowler, is among the top 5 wicket takers in the Cricket World Cup 2019, securing the 5th position with 9 wickets.

Saifuddin bagged 3 wickets in the last game against West Indies.

Meanwhile, Mustafizur Rahman is among the top 10 wicket takers securing the tenth positon with 7 wickets in 4 match. In the last game, he contributed immensely in the crushing win against Windies on Monday bringing break-through three times for the Team Tigers.

The race is on to be the leading wicket-taker at this summer’s 2019 Cricket World Cup, with the planet’s best ODI bowlers all chasing the prize.

The two men who finished as joint-top wicket takers at the last World Cup – Australia’s Mitchell Starc and New Zealand’s Trent Boult – both has returned but they will have to face stiff competition this year.