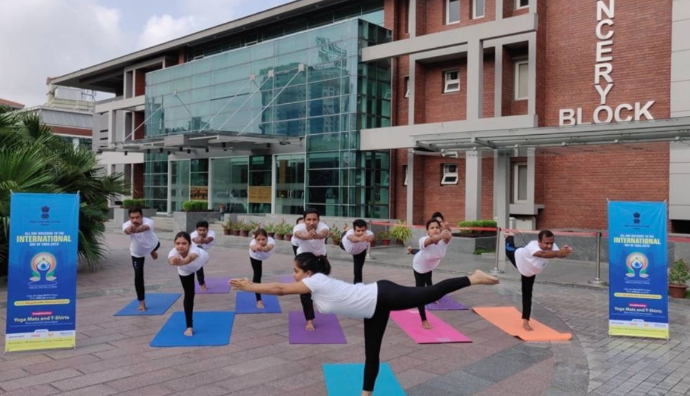 The Indian High Commission here will celebrate the International Day of Yoga at Bangabandhu National Stadium on Friday.

The High Commission requested the intending participants to wear rubber slippers or sandals to ensure that the grass on the ground does not get damaged.

Ministers and celebrities are likely to attend the programme that will begin at 6am. Indian High Commissioner in Dhaka Riva Ganguly Das will also join it.

The programme includes yoga demonstration and a mass yoga session. Entry to the event is free.  Yoga mats and T-shirts will be served on first-come, first serve basis.

Yoga is an ancient physical, mental and spiritual practice that originated in India. The word ‘yoga’ derives from Sanskrit and means to join or to unite, symbolising the union of body and consciousness.

Recognising its universal appeal, the United Nations proclaimed June 21 as the International Day of Yoga by a resolution on December 11, 2014.

Today it is practised in various forms around the world and continues to grow in popularity, according to the UN.

The International Day of Yoga aims to raise awareness worldwide of the many benefits of practicing yoga.

The fifth annual International Day of Yoga will be celebrated at the United Nations on Thursday with "Yoga with Gurus," followed by a panel discussion on June 21.