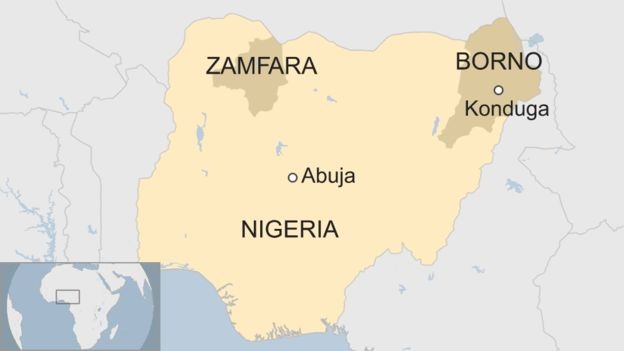 At least 30 people have been killed in a triple suicide bombing outside a video hall in north-eastern Nigeria, emergency service officials say.

Another 40 were injured in the attack in Konduga village in Borno State, the officials said.

There are conflicting report about whether the blast occurred while people were watching football or a film.

Militant Islamist group Boko Haram is being blamed for the attack. There was no immediate comment from the group.

Two other attackers who were nearby then set off their devices.

The number of deaths was so high because emergency services arrived late to the site of the blast and were not adequately equipped to deal with such a large number of wounded people, Usman Kachalla, head of operations at the State Emergency Management Agency (Sema) told AFP.