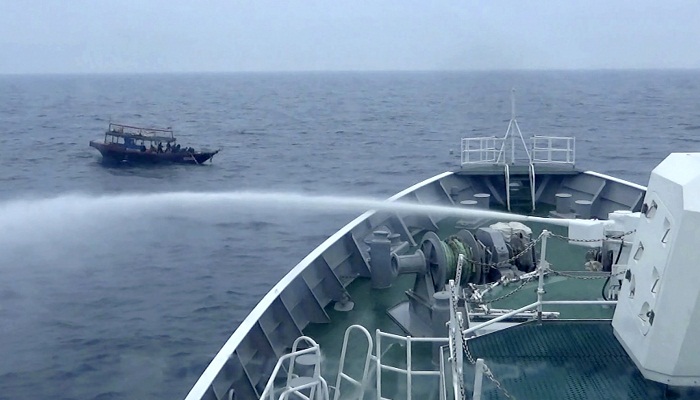 The Japanese coast guard said Tuesday its patrol boats have been pushing back hundreds of North Korean boats trying to poach in fishing grounds rich with squid off Japan's northern coast.

More than 300 North Korean boats have been forced out of Japan's exclusive economic zone near Yamatotai since May, the coast guard said in a statement.

Japanese authorities have stepped up patrols in the area as North Korean poaching has surged in recent years.

Experts say the growing number of poachers may be related Pyongyang's campaign to boost fish harvests to obtain dietary protein as the nation struggles to achieve food self-sufficiency and to overcome health problems caused by poor diets. To reach their quotas, fishermen from the North may be taking more risks and venturing farther from their usual waters, often violating Japan's 200-nautical mile exclusive economic zone, experts say.

Fisheries officials have said they believe that scores of dilapidated wooden boats that have washed ashore in northern Japan in a seasonal influx in recent years could be part of those poachers that fail to return home due to accidents or bad weather.

A record 225 of the so-called "ghost boats" washed up on northern Japanese coasts last year, more than twice the number recorded in the previous year, according to the coast guard.