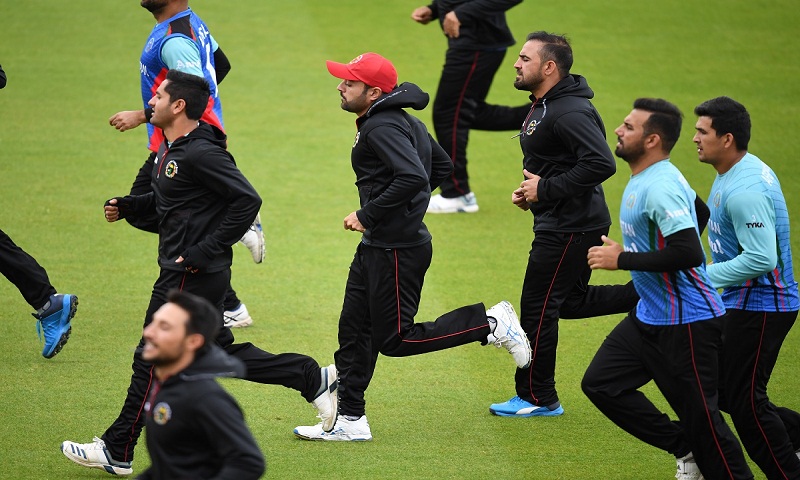 The ICC Cricket World Cup 2019 will witness hosts England face Afghanistan at the Old Trafford, Manchester on Tuesday. While England will look to win this game and consolidate their position on the points table, Afghanistan, on the other hand, are still looking for their first win in the competition.

The teams will fight it out in Manchester which also hosted the high voltage India-Pakistan match on Sunday.

England are placed fourth in the points table with six points in four matches and after an early stumble against Pakistan look all set to qualify to the next phase of the tournament. Although Afghanistan’s rise in World Cup cricket has been one of the most inspiring stories from the world of sports, this Afghanistan team looks far from their best.

At one point, England would have feared such a team – who have nothing to lose from here, whose batsmen bat without worry of the world and who have arguably the most varied spin attack in the world. But this England team is different. Even with Jason Roy not available for selection and captain Eoin Morgan still recovering from a back spasm, England have been ruthlessly phenomenal in this tournament and have hardly given their opposition any chance to take the match away from them and their exclusion from the team does not affect their balance much.

Afghanistan, at the end of the spectrum, is in a mess. This was a team that, despite losing their first three games in the ICC Cricket World Cup Qualifiers, went on to win the tournament defeating West Indies in the finals – a testimony to the fact that they are capable of extraordinary comebacks on the cricket field.

However, it is not just about cricket this time. Their World Cup campaign has been revolving around controversies – from the sacking of captain Asghar Afghan just before the World Cup to ruling out Mohammad Shahzad due to an injury which he claims has never existed. If not enough, their in-form batsman Najibullah Zadran was shockingly dropped from the Playing XI against South Africa.

When the players needed some kind of reassurance from their country, cricket administrators and management, all they have received is the lack of support which has reflected in their team’s performance.

But, with Afghanistan, you never really know, just like Pakistan — who pulled off a brilliant win against England — they could also do the same. England then should be a little cautious against this Afghanistan side.

Adil Rashid and Mohammad Nabi will be in the spotlight when their teams take the centre stage at Manchester. Notably, in the India-Pakistan match at the same venue, it was Kuldeep Yadav who bowled the game-changing spell for India. Spinners could well be a difference in this game as well.

The odds are against Afghanistan, the task ahead of them is stiff but then what is a sporting contest where everything comes easy.