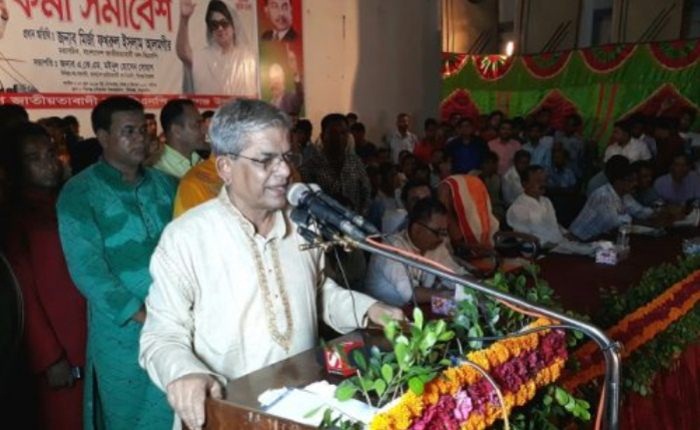 The BNP leader made the allegation while speaking at a party workers’ meeting held at Pirganj Upazila of Thakurgaon on Monday evening.

“This Awami League (AL) had ruined democracy by establishing BAKSAL after independence of Bangladesh. Now, this government is hatching conspiracy to establish one-party rule in the country again,” Fakhrul alleged.

Fakhrul claimed that around 26,00,000 BNP party men including leaders and activists have been implicated in false cases and more than one thousand also kidnapped during the regime of this government.

The BNP secretary general called upon his party men to wage a mass movement to free the party chairperson Khaleda Zia from jail and to return acting chairperson Tarique Rahman in the county.

“Jahidur Rahman MP who was elected with the symbol of sheaf of paddy from Thakurgaon-3 constituency was in BNP and will be in the party in future. But, the BNP took action against him as he took oath going beyond the party decision,” Fakhrul told local BNP leaders and activists.