Premiere of ‘Voice of Conscience’ held in Washington 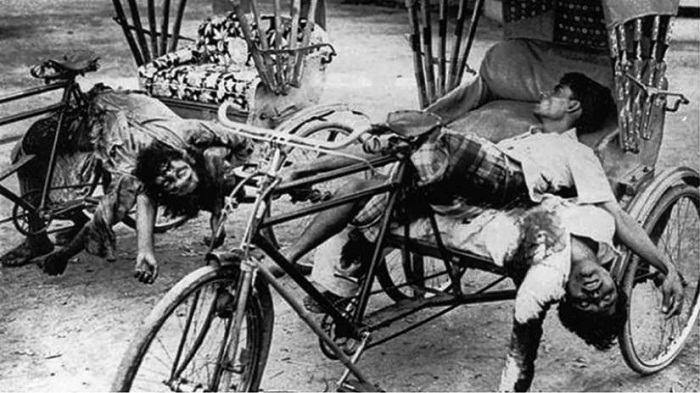 The Embassy of Bangladesh in Washington, DC organised the premiere of documentary ‘Voice of Conscience’ by eminent journalist and human rights activist  Shahriar Kabir in the USA on Monday.

The premiere was held as a part of the public diplomacy initiative to realise the recognition of Bangladesh’s genocide of 1971 and build awareness thereof.

Members of Washington-based think-tanks, media personalities, diplomats and officials from the US administration, including the State Department and members of Bangladesh diaspora, were present, said the Embassy on Tuesday.

The 64-minute documentary, which recorded witnesses and voice of the members of Pakistan civil society, politicians, journalists, poets, former military officials, and human rights activists vividly depicted the horrendous crimes of genocide inflicted on the unarmed people in Bangladesh by the Pakistani military and their local cohorts during the War of Liberation in 1971.

The documentary centered on the urgent need of realising the recognition of the genocide and holding the Pakistani perpetrators accountable and a formal apology by the government of Pakistan to Bangladesh.

The programme started with welcome remarks of the Deputy Chief of Mission of the Embassy Mahbub Hasan Saleh.

Kabir also made a short presentation on his documentary and interacted with the audience after the screening.

The documentary was well-appreciated by the audience.

At the end of the programme, the guests were served with traditional Bangladeshi cuisine.