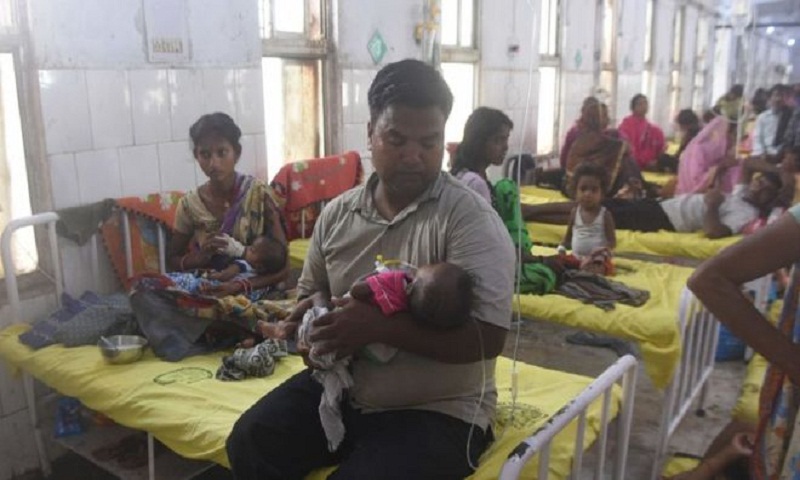 More than 100 children have now died in an outbreak of suspected encephalitis in India's Bihar state, officials say.

At least 200 patients, many of whom are below the age of 10, are still being treated at two hospitals.

State officials have said that many victims had died due to hypoglycaemia, or low blood sugar.

Thousands of children have died of encephalitis in Bihar and neighbouring Uttar Pradesh since the first case was detected in the late 1970s.

The state has announced that it will bear the cost of treatment for all those affected.

The Indian government has said that it will "extend all possible support" to the state and affected families.

The outbreak since the beginning of June has seen the most number of deaths in the city of Muzaffarpur.

The disease usually occurs during the monsoon season and children are the worst affected.

Until 2005, doctors say that the the majority of deaths were caused by Japanese encephalitis, a mosquito-borne virus.