Doctors call off strike after Mamata Banerjee accepts most demands 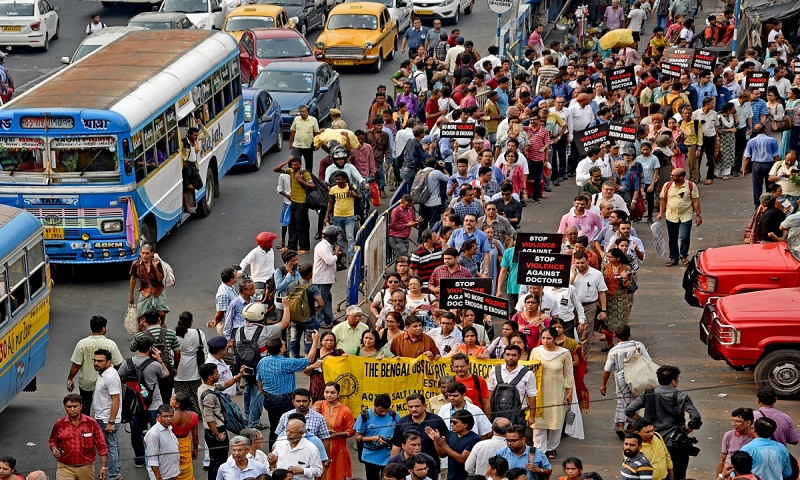 West Bengal Chief Minister Mamata Banerjee on Monday agreed to nearly all the demands presented by the protesting doctors following a one-and-half hour long meeting with the representatives of different medical colleges of the state at Nabanna (secretariat).

Following the meeting, junior doctors called off their week-long strike. The announcement of end of the strike was made at NRS Medical College and Hospital – the Ground Zero of the strike.

Protesting doctors reportedly expressed satisfaction following the interaction with the CM, who listened to the grievances of the young medicos and instructed senior officials of the state to act immediately on them.

“We are very satisfied. It shows positive hope. We are now hoping that all that has been assured is implemented,” joyous doctors told a news channel at the NRS

The meeting, which was called by the CM earlier on Monday at Nabanna, was held in a bid to end the impasse between the state government and agitating doctors that has affected healthcare in Bengal since Tuesday. Banerjee agreed to meet two representatives from 14 medical colleges at the secretariat.

The representatives, all young doctors, apprised the CM of their problems, including lack of proper facilities to treat the patients who come from across the state.