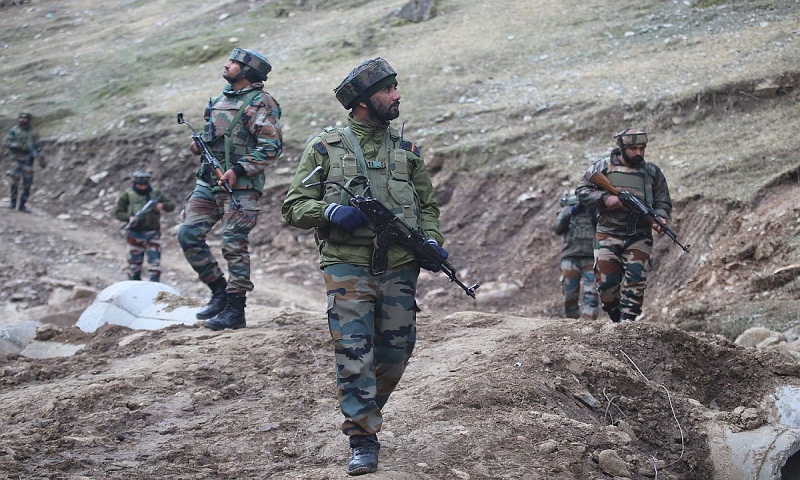 At least nine army personnel and a civilian were wounded in a powerful Improvised Explosive Device (IED) blast at Aarihal village in South Kashmir’s Pulwama district on Monday evening. The terrorists reportedly tried to ram the IED laden vehicle into the Army truck like what was done in Pulwama in February.

Army’s spokesman, Colonel Rajesh Kalia, while confirming the incident said that the soldiers received minor injuries. The security forces have cordoned off the area and launched a hunt for the terrorists involved in the incident.

Reports said that around 6 pm, terrorists triggered an IED planted on the roadside in Aarihal when a vehicle of 44 RR was passing from there, causing injuries to at least nine soldiers.

Soon after the blast, terrorists fired upon the vehicle and the army men also returned the fire. “Initial reports reveal that the vehicle suffered extensive damage,” a police official said.

The injured army men were immediately evacuated to Army’s 92 base hospital in Srinagar. Three among the injured soldiers are stated to be serious.

A civilian, Abdul Ahad Mir of Arihal was also injured in the incident. He was rushed to district hospital Pulwama.

Colonel Kalia, in a statement, said that a failed attempt was made to attack a mobile vehicle patrol of 44 RR with a Vehicle Based IED while the Army patrol was moving in the general area Arihal in district Pulwama on Monday evening.

The damage was minimised due to the alertness of the patrol party. It’s a Hardened ALS and not Casspir. Reports of attack on an Army convoy are unfounded and baseless, he added.