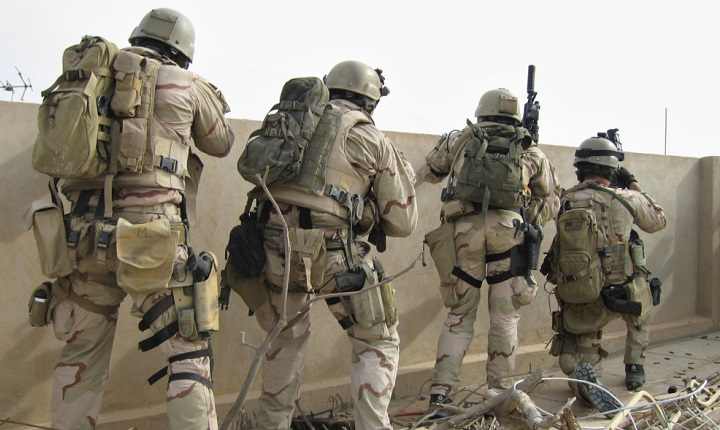 The trial of an elite US Navy SEAL accused of shooting unarmed civilians and stabbing a teenage captive to death in Iraq began Monday at a military court in California.

His alleged acts in Iraq in 2017 were reported by men under his own command in the special operations branch of the US Navy.

They were among American troops deployed to Mosul, in northern Iraq, alongside Iraqi forces battling the Islamic State group for control of the city.

Gallagher, a decorated veteran of combat missions in Iraq and Afghanistan, faces life imprisonment if convicted by the San Diego court.

He denies all the charges against him.

His lawyers claim he is the victim of a "cabal" who plotted against him in order to remove him from the platoon.

According to statements read at a preliminary hearing last year, some members of the "Alpha" platoon were so horrified by Gallagher's behavior that they tampered with his sniper rifle and fired warning shots to scare civilians away before he had time to open fire on them.

They told investigators that Gallagher would brag about the number of people he had killed, according to the New York Times.

In May 2017, Iraqi forces captured an injured Islamic State combatant who appeared to be around 15 years old.

According to the testimony of two SEALs, Gallagher approached while a doctor was treating the young man and stabbed the prisoner several times in the neck and chest with a hunting knife.

A few minutes later Gallagher and his commanding officer allegedly instructed members of the platoon to pose for a photo around the body as if it were a trophy.

Gallagher's case has proven divisive in the US, where he remains a war hero to some.

His cause has been championed by around 40 Republican members of Congress, as well as the rightwing Fox News channel.

President Donald Trump last month expressed concern over the prosecution of US soldiers accused of war crimes, with Gallagher reportedly among those he is considering granting pardons.