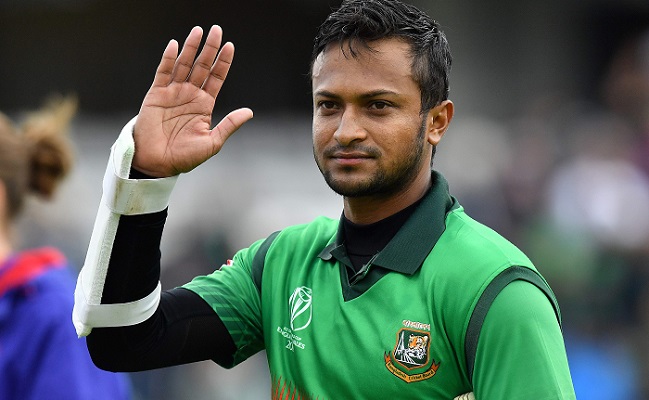 While chasing 321 runs of West Indies on Monday at Taunton, Shakib scored 124 off 99 balls featuring 16 boundaries. Earlier, he hit another century against England scoring 121 runs.

At the same time, the ace all-rounder has become the top scorer in the ongoing ICC Men’s World Cup surpassing Australia’s Aaron Finch who had 343 from five matches.

Shakib started the match in the 5th position of the top scorers’ list of the World Cup. He needed at least 84 runs to surpass Finch.

Along the way, he completed 6000 runs as the second Bangladeshi after Tamim Iqbal. Tamim had taken 177 matches to reach the milestone while Shakib took 202 matches.