Johnson gets boost in race for UK PM’s job 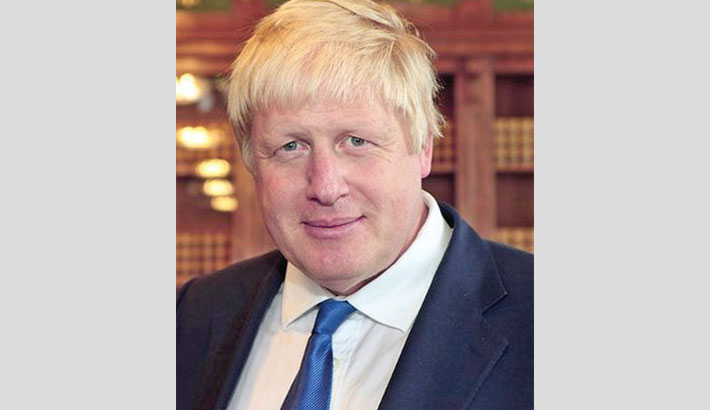 LONDON: Boris Johnson got a boost in his bid to replace British Prime Minister Theresa May on Monday when one of his former rivals backed him and said he was almost certain to win the contest, reports Reuters.

Health Secretary Matt Hancock, who dropped out of the race on Friday after winning 20 votes in the first ballot of Conservative lawmakers, said Johnson was the best candidate to lead the party.

“Boris has run a disciplined campaign and is almost certainly going to be our next prime minister,” Hancock said in an article in The Times newspaper. “My view is that we need to start coming together sooner rather than later.”

The Times said Hancock was a strong contender to be Britain’s next finance minister if Johnson wins the race to replace May.

The Brexit crisis could deepen under a new British leader as Johnson, the face of the official campaign to leave the European Union in the 2016 referendum, has promised to lead the United Kingdom out of the EU with or without a deal. The British parliament has indicated it will try to stop a no-deal Brexit, which investors warn could roil markets and shock the world economy, while the EU has said it will not renegotiate the Withdrawal Agreement that May agreed.

Johnson, the favorite to replace May, won the support of 114 Conservative Party lawmakers in the first round of the leadership contest. A total of 313 lawmakers voted.

“Boris is the front-runner,” Gove told BBC radio. “But we need to make sure that he is tested.” Johnson has so far kept a low profile during the leadership race and did not take part in a candidates’ debate on Sunday.

The second round of voting will be on Tuesday with the result due around 1700 GMT.