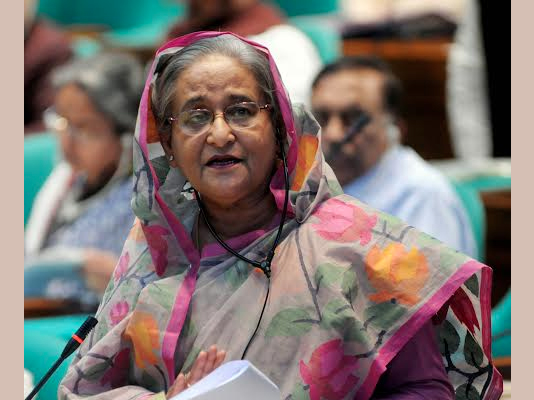 Prime Minister and Leader of the House Sheikh Hasina today stressed the need for taking stern actions against the corrupt organisations and informed the House that the person responsible for ‘pillow scam’ in Rooppur Nuclear Power Plant was a former leader of Jatiyatabadi Chhatra Dal (JCD).

“Taking actions against the organisations involved in graft is a must. But any person joins the government job, he or she could not be removed easily — it’s a problem,” she said.

Despite that, she added, the Anti-Corruption Commission can now work independently as the government has strengthened the commission in that way.

The Leader of the House, on behalf of the housing and public works minister, was responding to cut motions brought by eight lawmakers from the opposition bench members on the supplementary budget of FY 2018-2019.

About the pillow scam in the Rooppur Nuclear Power Plant, the prime minister said she came to know the identity of the person who was tasked for the (Rooppur) project.

“The person was elected Vice President of BUET Students Union from JCD and he was removed from the post of the nuclear power plant (after the scandal),” she said.

Sheikh Hasina said some people still exist who are involved in corruption since their birth and there are reasons for it.

“Zia toppled the then president Justice ASM Sayem showing guns and the graft was initiated during his rule,” she said.

The Leader of the House said that it was Ziaur Rahman who declared that he will “make politics difficult for all” and “money is no problem”.

The prime minister posed a question on the issue of pillow scam that from where so many people bought such huge number of pillows on a day and who have provided such huge amount of money?

Responding to a demand of plot by a Jatiya Party MP, the prime minister shared her own example of not taking a single plot despite being elected lawmaker for seven times.

“But I didn’t take a single plot so far,” she said.

“My party bought a bulletproof jeep for me and I escaped the death due to the jeep during the grisly August 21 grenade attack in 2014,” she said.

The prime minister said the government is taking actions against irregularities of constructing buildings and other establishments across the country including capital.