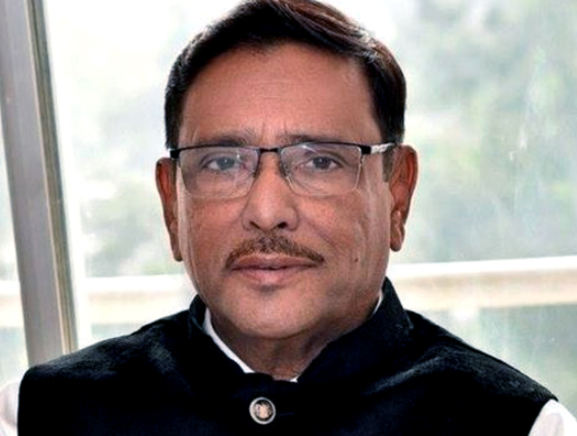 Awami League General Secretary and Road Transport and Bridges Minister Obaidul Quader today said if BNP chairperson Begum Khaleda Zia gets bail from court, the government will not interfere in the matter.

“A court convicted Khaleda Zia. It is also the jurisdiction of the court whether she will get bail or not. The government has nothing to do in this regard,” he said while addressing a meeting in the capital.

About the remarks of BNP standing committee member Barrister Moudud Ahmed that Khaleda would get bail in the next week, Quader said as he (Moudud) is a wise lawyer, he may predict.

“We always respect the court….that is why the judgment of the court is the final word,” he said.

Speaking as the chief guest, the AL general secretary urged the party men not to ignore the dedicated activists, saying if the committed activists are ignored, Awami League will not sustain.

“Awami League is not a party of opportunists….they will not be found in any hard time of the party,” he said, calling upon the party leaders to stand by dedicated, insolvent and ailing activists.

Mentioning that Prime Minister Sheikh Hasina is a leader with all human qualities, Quader said she always stands by insolvent activists and inquires about them. “We all should follow her,” he added.