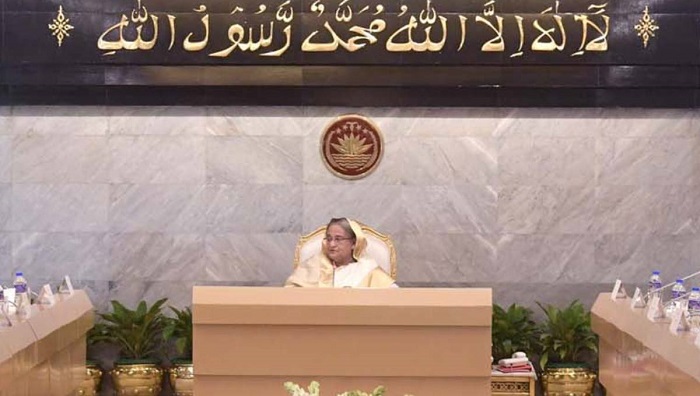 The Cabinet on Monday gave its final approval to the draft of the Bangladesh Tariff Commission (Amendment) Act, 2019 to strengthen the commission further and expand its activities.

The approval came at the weekly meeting of the Cabinet held at the Secretariat with Prime Minister Sheikh Hasina in the chair.

Briefing reporters after the meeting, Cabinet Secretary Mohammad Shafiul Alam said, “The Cabinet gave the final approval to the draft act where four major changes have been brought in the existing law (Bangladesh Tariff Commission Act, 1992).”

As there were some limitations in the existing law, he said the changes were made to update it.

He also said the section seven of the Bangladesh Tariff Commission Act, 1992 has also been changed widening the purview and the scope of activities of the commission.

Besides, Shafiul said, some changes have been brought in section 8 of the existing law to ensure the privacy of the employees and staff of the commission.

As per section 12 of the approved act, he said the commission can hire consultants and research assistants on ad hoc basis in consultation with the government.

He said the cabinet also extended its congratulation as Bangladesh was elected as a member of the Economic and Social Council (ECOSOC) of the United Nations.

Replying to a question, Shafiul said the Cabinet Division’s probe committee formed to look into the incident of Biman pilot’s travel to Doha without passport submitted its report to him on Sunday. “There’re five-seven recommendations in it. I’ll let you know about it after going through the report,” he said.

Asked whether the Cabinet may reshuffle further, Shafiul said has no idea about it.