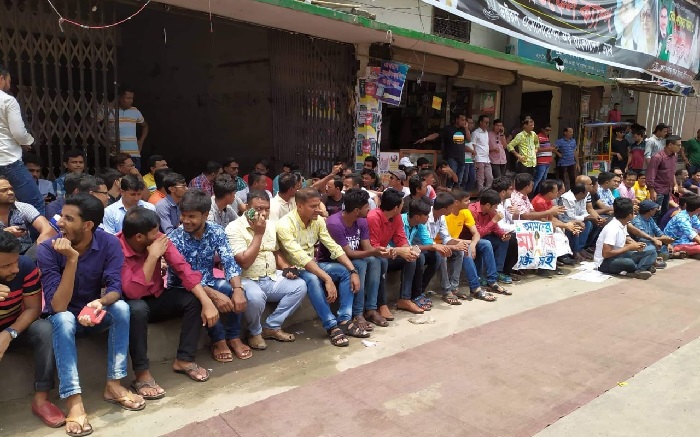 A faction of Jatiyatabadi Chhatra Dal (JCD) leaders has been continuing its demonstration in front of BNP central office in Nayapaltan for Monday demanding removal of age limit to join the new committee.

They started a token hunger strike to wage their demand from 11:00am today.

The faction, a group of leaders of the recent-dissolved JCD central committee also demonstrated protest yesterday for the same demand.

Although, terming JCD faction’s age-limit demand unjustified, BNP senior leader Gayeshwar Chandra said it is not possible to accept the demand of a group of JCD leaders for the removal of age limit in forming its new committee on the same day.

Earlier, on June 11, the faction even locked the main gate of BNP’s central office protesting against age limit in the party’s charter.