Ruman wins first ever medal for Bangladesh in World Archery 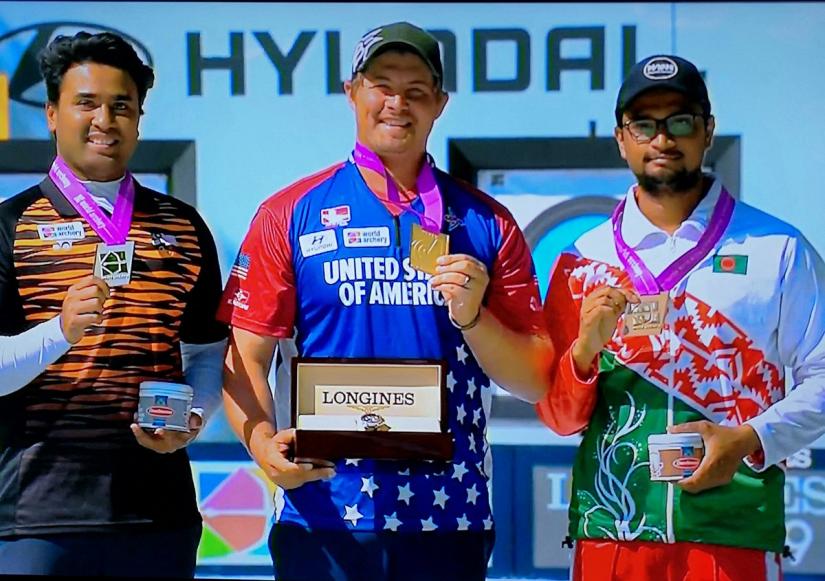 The game was played in the Netherlands Sunday (June 16).

On way to the semifinals, Ruman Sana beat Sjef Van Den Berg of Netherlands by 6-2 set points in the quarterfinal match.

Ruman Sana has been directly qualified in the 2020 Tokyo Olympic Games despite losing the semifinal clash to his Malaysian counterpart Khairul Anuar Mohamad.

Ruman is the second Bangladeshi athlete to qualify for the Olympics directly after ace golfer Siddikur Rahman. Siddikur earned the Olympic quota for the Rio Olympics in 2016.