Why Pakistan skipper Sarfaraz did not listen to Imran's winning advice 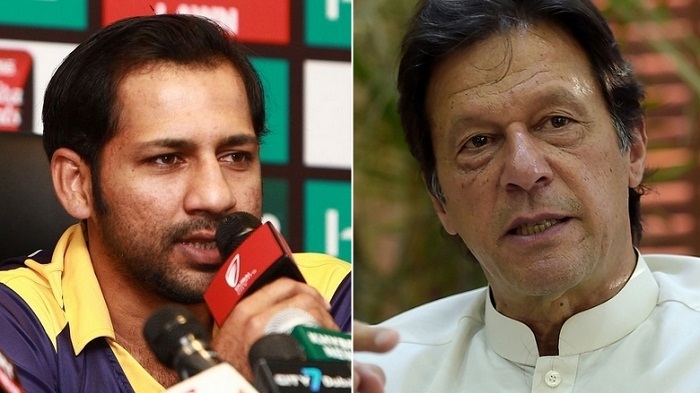 Pakistan skipper Sarfaraz Ahmed was trolled on social media after he did not pay heed to Prime Minister Imran Khan's advice about winning the toss and batting first in their high-voltage World Cup clash against India here on Sunday.

Taking to Twitter ahead of the match, Imran said: "Today, given the intensity of the match, both teams will come under great mental pressure and the power of the mind will decide the outcome of the match. In Sarfaraz we are fortunate to have a bold captain & today he will have to be at his daring best.

"In order to have a winning offensive strategy Sarfaraz must go in with specialist batsmen and bowlers because "Raillu Kattas" rarely perform under pressure -- especially the intense kind that will be generated today. Unless pitch is damp, Sarfaraz must win the toss & bat."

It seems the tweets didn't reach Sarfaraz, who won the toss and promptly put India into bat under overcast conditions.

Imran, who led Pakistan to their only World Cup victory in 1992, was proved right as India piled on 336/5 riding Rohit Sharma's 140 and captain Virat Kohli's 77. K.L. Rahul also scored 57 as the Men in Blue took the Pakistan bowlers to the cleaners.

Fans on social media felt that Sarfaraz missed a trick by not listening to the legendary all-rounder as barring Mohammed Amir (3/47), all the bowlers toiled. In the last five overs, Pakistan managed to keep the run flow in check to a certain extent but they still have an uphill task.

India has an all-win record against Pakistan at the World Cup, winning all six matches played between 1992 and 2015.