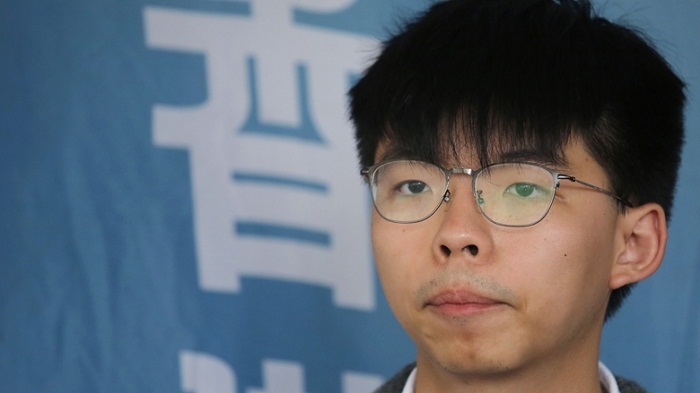 Joshua Wong, a leading figure in Hong Kong's 2014 Umbrella Movement demonstrations, was released from prison on Monday and vowed to soon join the latest round of protests.

Wong's release from the Lai Chi Kok Correctional Facility came as student demonstrators and police were gathered near the city's government headquarters after a protest on Sunday that organizers drew nearly 2 million people.

He told waiting journalists that he needed a bit of time but that "no matter what happens, I will join the protest soon."

Wong, 22, served a two-month sentence for contempt related to his involvement in the 2014 protests advocating a more democratic elections process in the former British colony.

Wong's sentence was reduced to two months from three because he was only a teenager when he was arrested in 2014.

The young activist won an appeal of a separate conviction and six-month sentence for unlawful assembly and released after spending more than two months in prison in that case.

The mostly young protesters still gathered near the city government headquarters began moving off of downtown streets Monday morning after hours of haggling with police. They were streaming into an outdoor space near the city's legislative chamber that had been closed off earlier in the morning. That enabled police to reopen roads that had been blocked since Sunday's protest.