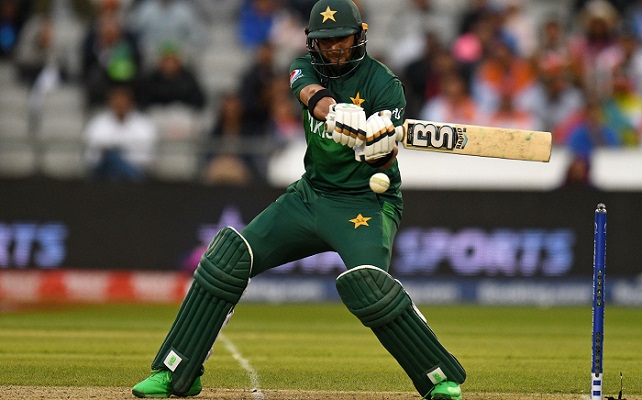 India defeated Pakistan by 89 runs in a rain-interrupted World Cup match at Old Trafford on Sunday, boosting their chances of a semi-final spot while pushing their Asian rivals closer to elimination.

India made 336-5 with Rohit Sharma hitting 140 before Pakistan finished on 212-6 to be well short of a rain-adjusted total.

Pakistan got new target of 302 runs in 40 overs under the Duckworth-Lewis-Stern method as rain stopped the match for the second time after 35th over bowled during Pakistani innings.

The play was stopped after 35 overs had been bowled and Pakistan stood 166 for six in chasing a massive 337-run target set by India.

The Pakistan captain drags on, looked to drive expansively through the offside but got an inside edge instead and the ball clatters into leg stump. Thus another nail hammered in an already tightly secured Pakistan coffin.

The Greenshirts started cautiously, not taking any risk. Lady Luck appeared to have smiled on them in the 5th over when the impressive Bhuvneshwar Kumar tweaked his hamstring and left the field.

But it proved to be a false dawn as his replacement, Vijay Shankar removed Imam with the first ball he bowled, trapping the southpaw in front of wickets.