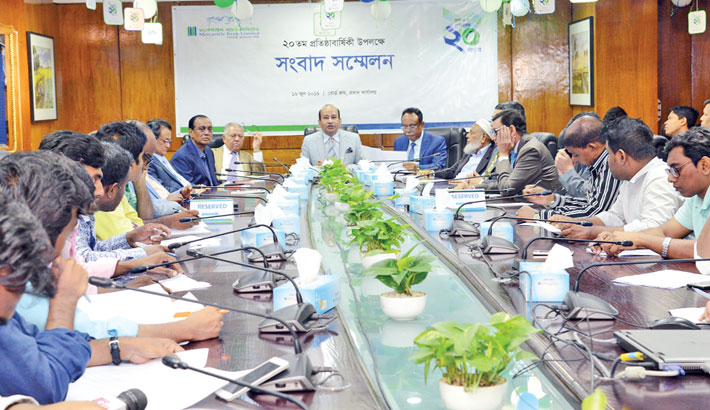 Mercantile Bank Chairman AKM Shaheed Reza is seen at a press conference marking the 20th founding anniversary of the bank at its head office in the capital on Sunday.

Mercantile Bank Limited organised a press conference on the occasion of its 20th founding anniversary at its head office in Dhaka on Sunday.

He also stated that a colorful event will be organised in city’s five star hotel on the occasion of bank’s 20th anniversary today (Monday).

Fazle Kabir, Governor of Bangladesh Bank will attend the programme as the chief guest. Five eminent personalities of the country will be awarded ‘Mercantile Bank Sommanona-2019’ and Five talented young bankers will be awarded ‘MBL Young Bankers Appreciation Award-2019’ on this graceful night.