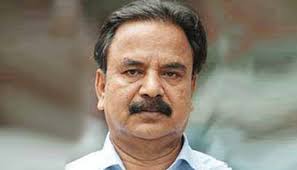 BNP senior leader Gayeshwar Chandra on Sunday said it is not possible to accept the demand of a group of Jatiyatabadi Chhatra Dal (JCD) leaders for the removal of age limit in forming its new committee.

“If those who are on a movement take a vow to remain with Chhatra Dal even after expiry of their student life, it’s difficult for the party to accept such a demand. It’s also not possible for us to meet an unjustified demand,” he said.

Talking to reporters at his Nayapaltan office, the BNP leader also said their party did not abandon the leaders of the recently dissolved JCD committee as it will create a scope for them to do politics. “But they must cooperate with us to do so.”

Earlier in the day, several hundred disgruntled leaders and activists of the recently dissolved JCD central committee staged a demonstration in front of BNP’s Nayapaltan central office for about two hours from 11am demanding removal of the age limit to join the new committee.

Gayeshwar, a BNP standing committee member, said their party’s former JCD leaders took a decision that the candidates for the JCD next committee must have passed SSC and equivalent examinations after 2000.

He said those who are now not students should not have a desire to do student politics. “It’s our responsibility to create new positions and scope for the ex-Chhatra Dal leader to do politics, and we’re aware of it.”

The BNP leader said people also want student politics to be run by current students, not by former ones or non-students. “Those who are now staging demonstrations for cancelling the age limit should understand it.”

JCD’s central committee was dissolved on June 3. A BNP press release, signed by Ruhul Kabir Rizvi, said a new committee will be formed within the next 45 days based on the opinions of its councillors.

It said candidates planning to contest for various posts will have to be primary members, students of any educational institution in Bangladesh and must have passed SSC and equivalent examinations after 2000.

JCD’s last committee was formed on October 14, 2014, with Rajib Ahsan as its president and Akramul Hasan as general secretary.