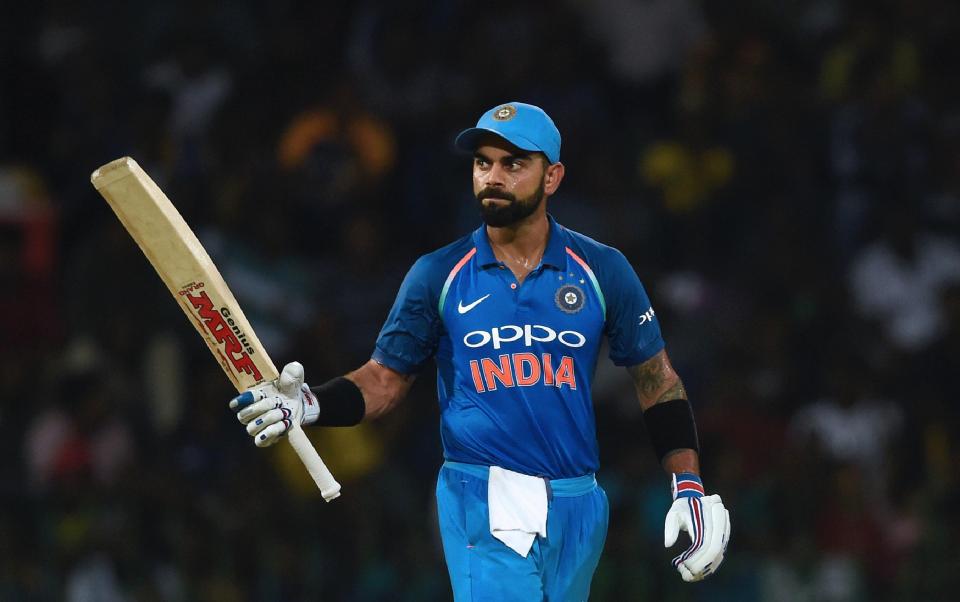 Virat Kohli reached the milestone in 222 innings to become the new holder of the record after Sachin Tendulkar had achieved the milestone in 276 innings. Virat Kohli, who has led India to a positive start in the World Cup 2019, achieved the feat in the match against Pakistan at Old Trafford in Manchester. Kohli also holds the record for being the fastest to score 10,000 ODI runs.

Kohli, arguably the finest batsman in world cricket at the moment, started his World Cup 2019 scoring a mere 18 runs against South Africa in India's inaugural match. He however then lived up to his billing and scored 82 against holders Australia at The Oval.

Virat Kohli, known for his flamboyant approach against any opposition, has represented his national team in over 220 ODIs, scoring at an average of 59.47. He holds the best score of 183 runs in the ODI format and loves to chase down targets.

The World Cup 2019, however, has not been a happy outing for many of the teams as it has been badly affected by rain, with two matches abandoned and one rained out after a few overs were bowled.

Every team will play nine matches in the round-robin format, before the top four sides qualify for the semi-finals of the World Cup 2019, being hosted at a cloud-covered England and Wales.