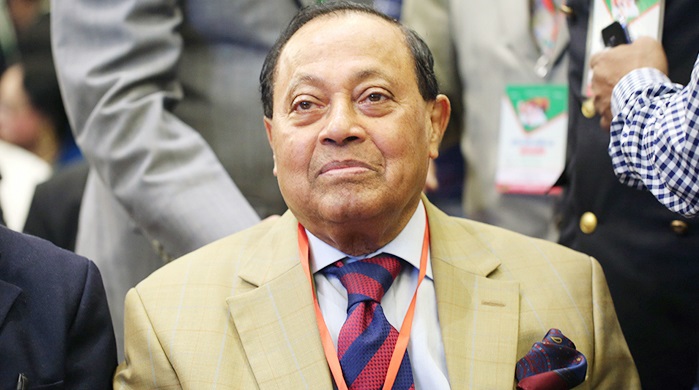 Terming Khaleda Zia’s release as the demand of 16 crore people of the country, BNP Standing Committee Member Moudud Ahmed said his party chairperson will truly be freed through movement.

He came up with the remark at a human chain programme in front of the Jatiya Press Club in the capital's Topkhana road on Sunday.

Barrister Moudud said, “BNP Chairperson Khaleda Zia will only be released from jail if BNP leaders and activists take to the street. For this, we have to forge a greater unity and announce political programmes.”

He also said. "We have to go for tough programmes that the government will be forced to free her (Khaleda Zia)."

From the human chain programme, it was also demanded that a fresh election under unbiased authorities should be given immediately.