9th Wage Board to be announced soon: Quader 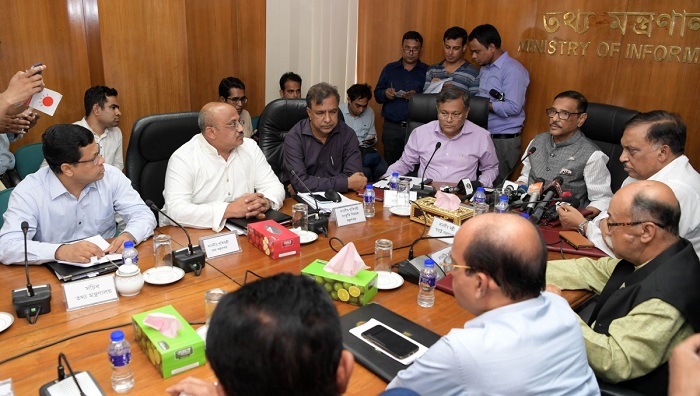 Road Transport and Bridges Minister Obaidul Quader on Sunday said that the ninth Wage Board will be declared soon after discussion with the prime minister.

“We don’t want to ‘hang it any longer,”’ the Awami League (AL) General Secretary said.

He made the remark after a ministerial meeting on the ninth Wage Board with deferent journos organisations at his secretariat office today.

Earlier, Obaidul Quader sat with media representatives to discuss issues about declaration of 9th Wage Board for the journalists.

He said it is illogical and non-realistic to keep the issue unsettled any longer. Now the cabinet committee will sit and the decision will be taken after discussions with the Prime Minister, he added.

But the issue is under consideration of the Information Ministry, he added.