Cyclone Vayu weakens as it moves again towards Gujarat 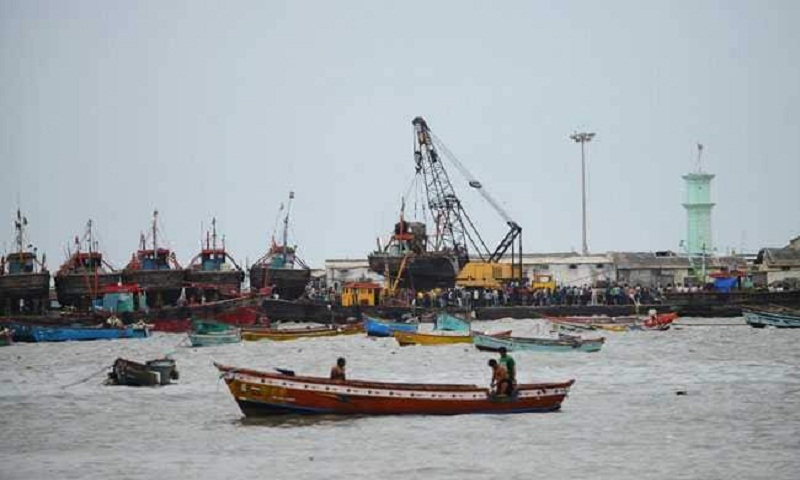 Cyclone Vayu, which is likely to move towards Gujarat again today, has weakened from "very severe" to a "severe" category, the weather office has said.

The cyclone did not make a landfall in Gujarat on Thursday, as predicted earlier, after it changed its trajectory. It is likely to hit Kutch today as a "deep depression" after it changed its direction for a second time in a week, the Indian Meteorological Department said on Saturday.

"Due to the Cyclone Vayu Kutch along with nearby areas such as Saurashtra will receive heavy downpour for a couple of hours. Though the wind speed in these regions will not be very strong," IMD chief Jayant Sarkar was quoted as saying by news agency ANI.

He added that the storm will not cause much damage.

In its latest update, the IMD has said the cyclone will weaken gradually and it will cross the north Gujarat coast on Monday night. "The system is very likely to weaken gradually into a Cyclonic Storm during the next 24 hrs. The system is very likely to move west-northwestwards during next six hours; gradually recurve thereafter northeastwards and cross north Gujarat coast by midnight of June 17 (Monday)," the weather office said.

Ahead of the expected landfall on Thursday, massive arrangements were put in place in Gujarat. More than three lakh people were evacuated from the coastal Gujarat and the union territory of Diu.

Apart from the National Disaster Response Force, the Coast Guard, Army, Navy, Air Force and the Border Security Force were put on high alert and schools and colleges were shut.