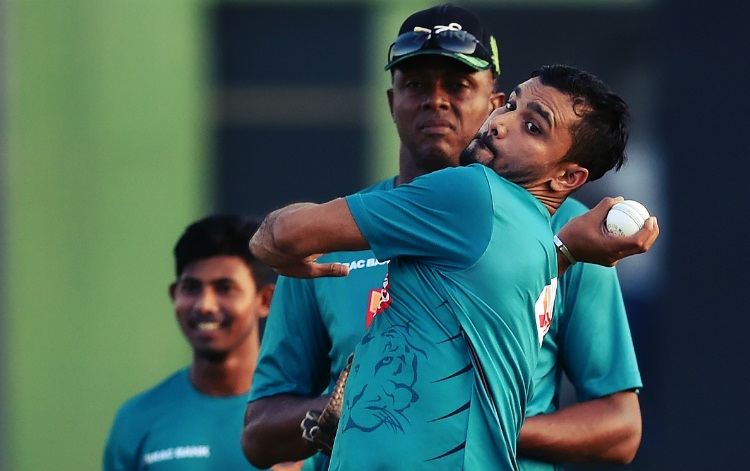 Bangladesh fast bowling coach Courtney Walsh expects his team to come back strongly as they take on West Indies in their fifth game of the ICC Men's Cricket World Cup 2019 in Taunton tomorrow (on Monday).

Bangladesh had a promising start to the World Cup, beating South Africa first and then nearly pulling off a close finish against New Zealand at The Oval. However, the Mashrafe Mortaza led side went down by 106 runs against England, before their next game against Sri Lanka got washed out. Walsh seemed confident of his team putting up a collective effort against West Indies – a side they defeated thrice in the recently concluded tri-series in Ireland.

"We were very consistent in every department right throughout that tri-nation [series]," Walsh told reporters in Taunton. "We have been hampered a little bit by the weather here. It is out of our control. If we can get the consistency in the next couple of games, who knows what can happen?"

Walsh viewed Chris Gayle and Andre Russell as potential threats for the Monday's clash. "We are coming up with some ideas and plans looking at their current game.

"They are two dangerous players we have to try to restrict, and get them out at the same time to have more control of the game. We will be focused on their team itself, because they have very good players in their team as well. I am sure we can perform as a team against West Indies."

Bangladesh have had the better of West Indies in recent times, winning seven of the last ten games including a bilateral series triumph last July.

"We have to do it all over again. We will be looking in the context of the game itself. We will be seeing players who didn't come to Bangladesh or play against us in the West Indies. They are probably full strength. We have been playing consistently well against West Indies."

The former West Indian fast bowling great who took 746 international wickets in a career spanning nearly two decades, said that consistency and discipline are the keys to success, after Bangladesh conceded 386 runs against England.

"You have to have pace sometimes but for me, consistency, control and execution is more important. If you don't have the 140-150kph [pace], then you have to compensate [for] that. We have certainly been consistent, hitting the right areas and getting good variation. The guys have been working hard but you will have bad games here and there. Consistency is the key for us, and try to get good variation," he concluded.