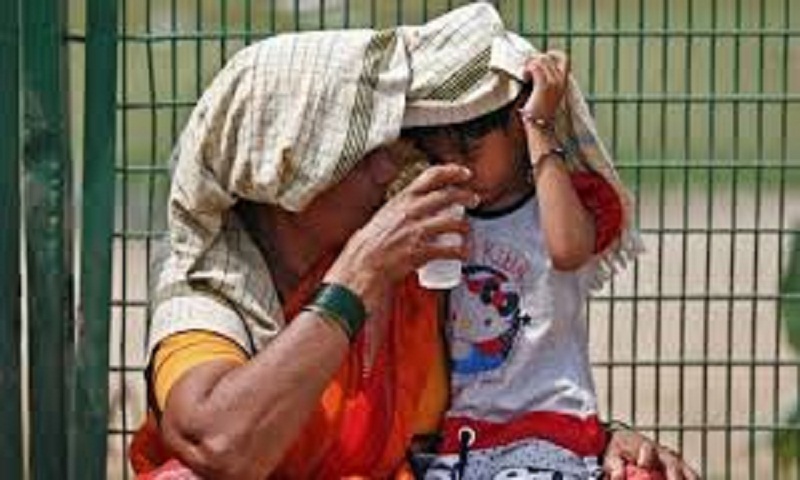 At least 44 people have died in a blistering heatwave that hit three Bihar districts on Saturday, officials said on Sunday, reports PTI.

The officials at the Disaster Management Control Room said 22 people died in Aurangabad, 20 in Gaya and two in Nawada districts due to the heatwave.

Chief Minister Nitish Kumar has expressed grief over the deaths due to the "loo" winds and the heatstroke in the three districts and has announced a payment of Rs four lakh as ex-gratia to the next of kin of those killed, an official release said.

Stating that the government stood firmly with the affected families, Kumar ordered payment of Rs four lakh as ex-gratia from the state disaster relief fund to the next of kin of those killed due to the heatwave in the three districts.

He also directed the officials concerned to take necessary steps and measures in dealing with the blistering heat and loo.

The chief minister also asked the officials to provide all medical help to those affected by the heatstroke.

Major cities such as Patna, Gaya and Bhagalpur witnessed the heatwave on Saturday.

According to the Patna Meteorological Centre, the state capital registered a maximum temperature of 45.8 degrees Celsius on Saturday, the highest in June in the last 10 years, while Gaya and Bhagalpur recorded a high of 45.2 and 41.5 degrees Celsius respectively.

A heatwave is declared when the maximum temperature is 4.5 degrees Celsius above normal for two consecutive days, a MeT official said.

The MeT department has forecast that the heatwave will continue in these three cities on Sunday too.

The state government on Saturday said all schools in Patna city will remain closed till June 19 in view of the prevailing weather conditions.

Patna District Magistrate (DM) Kumar Ravi said all government and private schools in the state capital will remain shut till June 19 due to a persisting heatwave-like condition for the past several days, an official release said.

This is the second time the district administration has extended the suspension of academic activities in schools due to the weather.

Earlier on June 9, the DM had ordered closure of schools till June 16.