GWS and Preparedness against Climate Changes 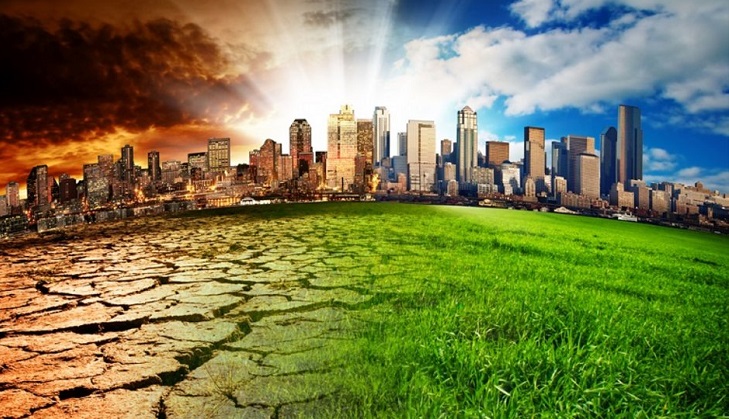 Global Warning System (GWS) is an inclusive risk management service that focuses on prevention through information and real-time alerts. This very vital pre-warning and alert service is exclusively delivered to mobile phones globally. The GWS software developer Kit means that companies can simply integrate their services into their existing app. Though primarily meant to serve the particular purposes of the insurance companies, it is increasingly becoming popular among the countries to reap the technical benefits of this special service as an effective mechanism for creating as well as raising awareness among the people regarding the reverse impacts of climate change.

Honourable Prime Minister Sheikh Hasina in her just concluded meeting with Finish President has expressed Bangladesh’s serious concern over the malignantly adverse effects of climate change and Bangladesh’s vulnerability in the face of this drastic changing phenomenon of the climate. Both of the leaders of the front-line risk-prone countries have agreed in strengthening the GWS and working in all possible ways and means to operate on a common global platform to reduce the hostile effects of the climate. Finnish President Sauli Niinisto apprised our Prime Minister of the measures taken by his government to combat the challenges of the climate change. He briefed the Prime Minister about his country’s adopting of the Climate Change Adaptation Plan to be completed by 2022.

It is worth mentioning here that both Bangladesh and Finland closely share some common points of concerns so far as climate change is concerned. Due to climate change, the temperature in Finland will rise, precipitation will increase, snow cover season will be shorter, and the amount of soil frost will decrease. Also, the sea level in the Baltic Sea will rise and the winter ice cover will reduce. Five climate change models as projected by Finland make it all the more clear that Finland’s climate will change more in winter than in summer.

In the similar fashion but in a different pattern, the traditional climate pattern of Bangladesh has been slowly but steadily changing over the years. The greatest climate challenge for Bangladesh is manifestly the dramatic rise of the Bay of Bengal’s surface level. As a result of this despairingly unexpected sea-level rise, experts opine that the whole of the southern Bangladesh may go under water by the year 2050. Bangladesh experiences different types of natural disasters almost every year precisely because of climate change impacts. These disasters include floods and flash floods. In fact, almost 80 per cent area of the country is prone to flooding. In addition, 25 per cent to 33 per cent of the country remains under water every year for four to six months during the monsoon.

Combating climate change effectively is simply a question of survival for Bangladesh precisely because Bangladesh happens to be a lower-riparian country. The drastic effects of global climate changes are actually leaving its adverse effects on almost all countries across the globe. However, geographical location and sea-level elevation are two predominant determinants defining the range and scale of losses caused by climate change. Unfortunately, Bangladesh being one of the greatest deltas of the major rivers of the South Asia, particularly, the location of the southern Bangladesh with the Bay of Bengal in the backward happens to be her innate Achilles heel leaving her highly vulnerable to the assault of nature. Most unfortunately, the physical, social and economic conditions of Bangladesh are alarmingly increasing her vulnerability to the dangerously erratic behaviour of climate. Major researches regarding disasters and disaster management in Bangladesh clearly point out that unexpected and abrupt occurrences of natural disasters are either direct or indirect result of climate change.

Poverty, illiteracy and backwardness of the people living in the serious danger zones, especially those along the coastal belts, have left them horrifyingly exposed to natural havocs. However, these sheer helpless people do have one effective technological shield and that is their cellular phone. Coastal belts and flood plains are actually the special areas where GWS has everything to do with. Because of the too far wider accessibility of the mobile phones within affordable prices, even the marginalised people who make up the most of the vulnerable groups now own at least one mobile set. And it does not necessarily require everyone of the group to buy a mobile phone at his/her own. One person in a group of 10 to 12 persons can well work as a reliable source of information for the rest. Cautions and warning can be well conveyed to all through mobile phones in due time far ahead of the actual disaster.

Finnish President’s emphasis on the functional effectiveness of GWS is really a well-thought-out idea that will effectively address the need of the Bangladeshi vulnerable people in creating greater awareness and wider preparedness in the face of any incoming disaster. Information will automatically involve people in any process of survival and which is why the scale and the range of the losses will hopefully be reduced.

The writer is an Assistant Professor of English, Bogura cantonment