Bear crashes wedding in Chhattisgarh, ends up falling into a well 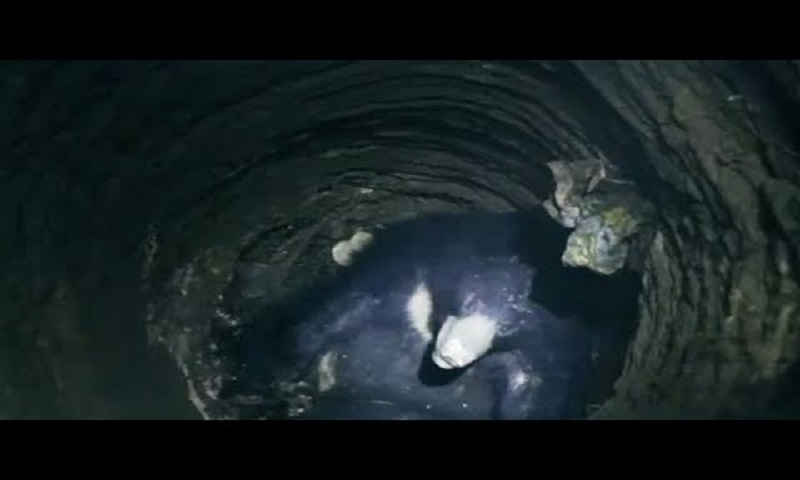 Have you ever gatecrashed a wedding? Seems like, a bear had that idea when it entered a wedding site to enjoy a hearty meal. The hungry animal, which came out from a forest near the venue, found it ways into a kitchen where the wedding feast was being prepared.

Things, however, turned sour when the guests stumbled upon the four-legged wedding crasher and the latter ended up injuring a few people. Following that, the guests decided to take matters into their own hands by chasing the large animal. The panicked bear, in an attempt to escape, fell into a 45-foot deep well.

The incident took place at Mahasamund in Chhattisgarh. Soon, Chhattisgarh Forest Department and Wildlife SOS team, an NGO, were alerted about this incident. They rushed to the spot to carry out a rescue mission.

After assessing the situation and sedating the distressed animal, the departments sent a team of trackers down the well. They climbed down with the help of a giant makeshift ladder to bring out the bear.

“We had to tie together three large ladders so that the trackers could reach all the way to the bottom of the well. They carefully placed the sedated bear into a safety net for an easy and safe extraction,” said M. Swaminathan, a senior biologist associated with the rescue mission. He further added that the rescue mission took about 20 hours and finally they were successful in extracting the bear.

While commenting on the incident, Kartick Satyanarayan, co-founder and CEO of Wildlife SOS said, “It is important to understand that tolerance towards these majestic animals and co-existence is the key to reducing such growing conflict issues.”

Identified as a female sloth bear, the animal is approximately 8-10 years old and is fit to return to the wild, reports Hindustan Times.