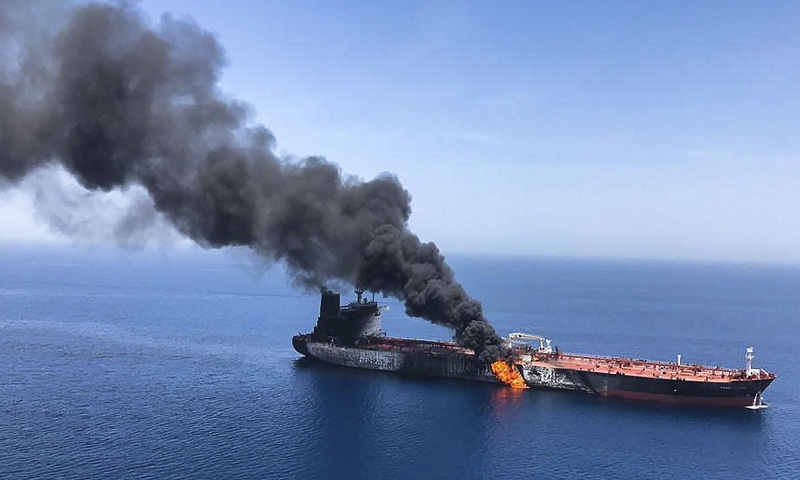 Saudi Arabia has blamed its rival Iran for the recent attacks on oil tankers along a key shipping route in the Gulf.

Saudi Crown Prince Mohammed bin Salman says his country "won't hesitate" to tackle any threats, as tensions continue to rise in the region.

On Thursday, two tankers were attacked in the Gulf of Oman, a month after four others were targeted off the coast of the United Arab Emirates.

The US has also blamed the attacks on Iran, which denies any involvement.

On Saturday, the head of the world's biggest international shipping association said some firms have ordered their ships not to enter the Strait of Hormuz and the Gulf of Oman as a result of the attacks.