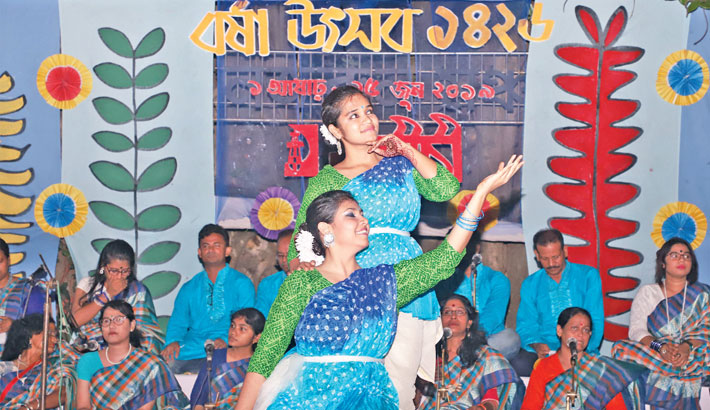 The programme started at 7 o’clock in the morning through playing Raag by artiste Ibadul Haque Saikat.

Bangladesh Udichi Shilpigoshthi is the largest cultural organisation in Bangladesh. The organisation’s goal is the struggle to build what it deems a just, free, and equal society. It was organised in East Pakistan by revolutionary novelists Satyen Sen, Ranesh Das Gupta along with numerous youths in 1968, and through 1971 it operated a cultural campaign. At the opening of the Bangladesh Liberation War, its members fought for independence. In 2013, the organisation was awarded the Ekushey Padak, the country’s most prestigious award.