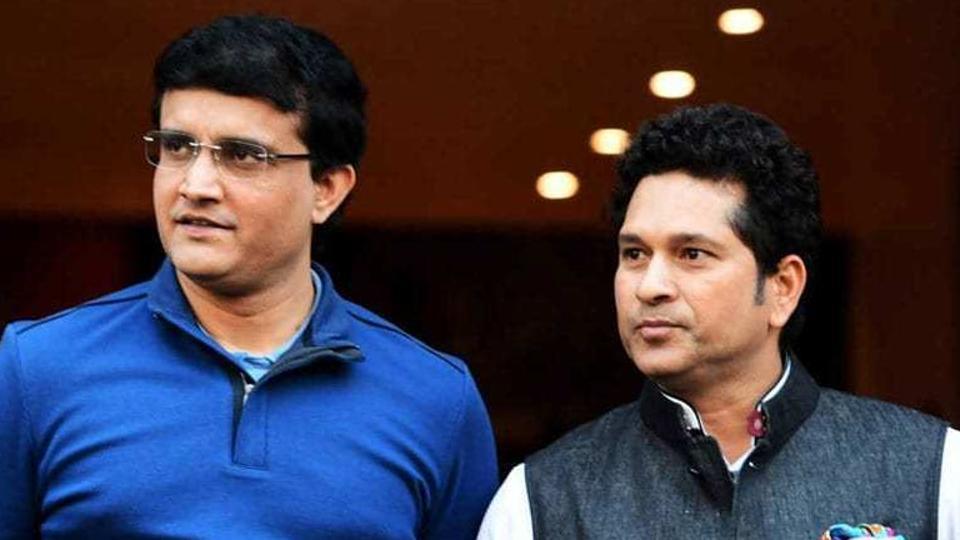 India must not entertain thoughts that they would start favourites in the marquee World Cup clash against Pakistan, warned stalwarts Sourav Ganguly and Sachin Tendulkar.

Ganguly said the Indian team perhaps made the mistake of taking Pakistan lightly in the 2017 Champions Trophy final and had to bite the dust.

“India needs to be very careful, don’t go into this game thinking they are the favourites. I think they did that the last time in 2017 in the ICC Champions Trophy finals, and Pakistan beat them hands down,” Sourav Ganguly said.

“It's going to be a great game of cricket," added Ganguly as an expert for Star Sports ahead of the game.

“Pakistan has always been unpredictable, and they are a dangerous side - so there is no way the Indian team is going to take them lightly,” Sachin Tendulkar said.

“Every step that the Indian team takes forward, we would want to be 100% sure of what we are doing, and it is well thought and well planned,” said Tendulkar.

The hype and interest an India-Pakistan cricket match generates is surreal and both Tendukar and Ganguly agreed that "it is more than just a cricket match".

"People get a bit carried away, and excited with this game, so from that point of view it's going to be a huge game in Manchester on Sunday,” said Ganguly.

“My first trip as a captain against Pakistan in 2003 - we had never won there before, but then we won both the Test Matches and One-Days. My memories of playing against Pakistan have been happy times for India," added Ganguly.

Tendulkar also recalled the build up of that 2003 tour.

“A year before we played each other, people had started talking about that match. They said, come-what-may, you must win that game, after that whatever happens they really don’t care. I said, don’t think like that because players think differently,” Sachin Tendulkar added.

Ganguly also felt that handling pacer Mohammed Amir will be key for India.

“In this World Cup 2019 team, Mohd. Amir was nowhere in the picture. They had dropped him, he comes back and takes up being the leading fast bowler in the squad. That’s what you get from a side like Pakistan,” said Sourav Ganguly.

Anil Kumble, another Indian stalwart, said since the two teams do not play each other quite often, it leads to building up a bit of "drama".

"If you have to win the World Cup you have to consistently beat teams, and India-Pakistan matches have always been marquee events. ICC knows that; as soon as they opened out the schedule and ticketing, within 15 minutes the match was sold out and that's the importance of an India - Pakistan match” the former Indian captain said.

"The World Cup comes once in four years, making the match all that more important. For a player, it's another match, you still must do your skill sets well, you still have to bowl well, and take those catches, that's something the Indian team will be focused on," said Kumble.